Lounge-Wear Gets a Luxe Makeover from Walls of Benin

Lounge-wear; say that word and most people envisage an old-trusty t-shirt and super comfy tracksuit bottoms, but for us Bella Stylistas one needs to elevate the look even for a Netflix binge, even more so now that Walls Of Benin have taken lounge-wear to the next level. Cotton is replaced by silk and tencel, print designs and palettes move away from the African-brights pastiche/cliche and the cut of the trousers and shorts are sleek and chic enough to be worn outside the abode. Yes, we are fans. 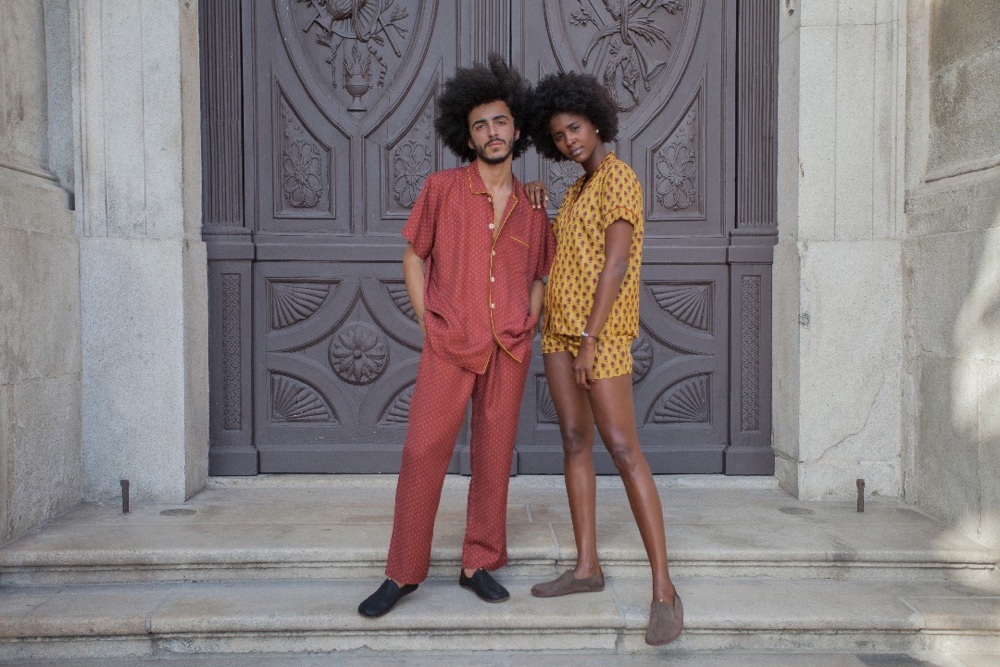 The creative and business visionary behind Walls of Benin is Chi Atanga, a Manchester born Cameroonian who has chosen to posit his brand at the axis of a larger conversation around African luxury, Pan-African production and partnering with major European brands. Asked as to his rationale for the name of the brand itself, which harks back to the ancient Benin Kingdom of West Africa, he shares his intentions candidly stating: “My main point in choosing the name is to share my belief that we as Africans need to think in a Pan-African manner. My father was educated at the University of Ibadan, I myself am from the North West of Cameroon, my brand is produced in East Africa, we need to think more widely as African rather than one particular country, and the Walls of Benin is not just about one particular space or place, it’s for everyone.” 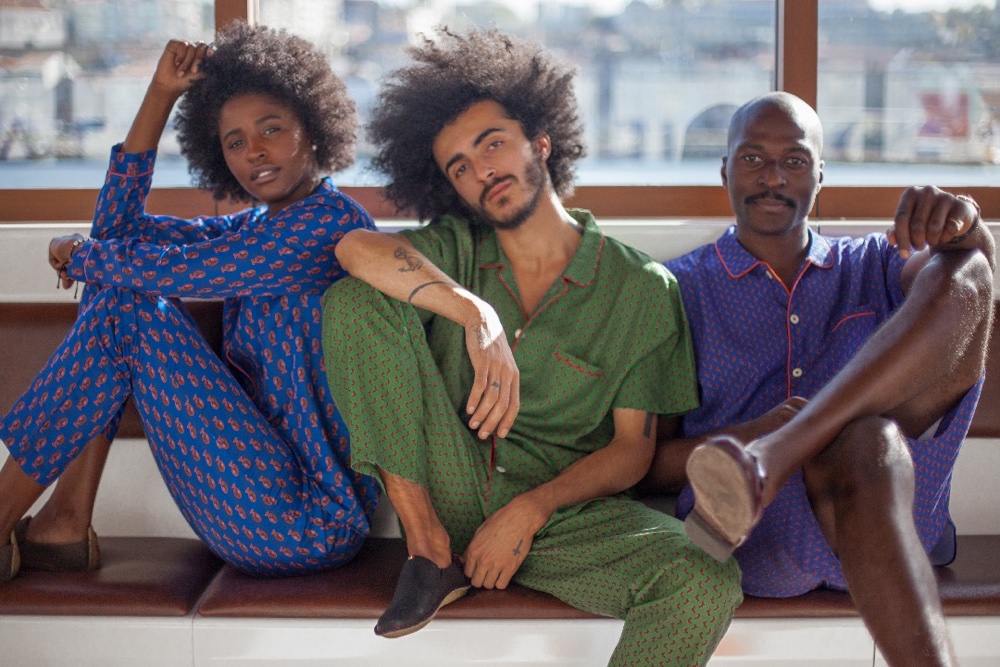 Certainly, Atanga has created substantial waves since he founded his brand just four short years ago. A life changing trip to Ghana in 2014 ignited his passion for African textiles and he set about building a brand that not only celebrated these aesthetics but was commercially viable and sustainable. Apprenticeship under the Erasmus European Entrepreneur Programme led to him sourcing his first round of investment and an inaugural menswear collection that met with critical acclaim. However, Atanga did not rest on his laurels and looked further into how he could achieve his objective of creating a luxury brand that was Africa based in terms of production.

“Our silks and tencels are made in Portugal, but the actual product is made in Africa. We had challenges identifying a country with the necessary level of production know how to maintain our standards, but we were open-minded as to the location, hence production being based in Kenya and Rwanda.” This flexible approach has allowed for the company to not only achieve it’s “made in Africa’ objective but also to add to the industry in Africa long term: Atanga happily asserts: “We’re building for the long run, for the next 100 years.”

In focusing on lounge-wear Atanga has touched upon a sector within the fashion industry that continues to grow. Just like ath-leisure before it, consumers continue to fall in love with clothes that assist them in enhancing the ‘art of the chill’. If you don’t believe it just look in your’s or any of your friend’s wardrobes and at the clothes worn everyday rather than on the occasions one wants to slay. The cinched and uncomfortable silhouettes of body-con and the underpinning required to pull off such looks, have given way to a more relaxed and lo-fi luxe approach. Of course people still want to look and feel expensive, hence the insistence by Walls of Benin of the very best fabrics, but they don’t want to compromise on comfort. And as for the unisex approach, that is entirely in keeping with the gender-less agenda of Millennials the world over. Very much the renaissance-man, Atanga who is a serial entrepreneur who previously worked in education, has become an advocate of African fashion being taken seriously at the highest echelons. He has spoken at the House of Lords as part of the prestigious All Parliamentary Party Group for Trade Out of Poverty and is a staunch advocate of African companies playing a larger role in garment production and not just raw source material. A natural networker he has secured investment from the Luman family, owners of leather mega-brand Fiorelli and is working with the same logistics company as cult-brand Vetements, which for those of us in Africa means we will be able to receive our Walls of Benin merch drop that bit quicker. When quizzed about the not exactly bargain-basement price point for the pieces he chuckles knowingly before adding: “We think at £195 (approximately NGN100,000) we are being fair. Silk is not cheap and we have taken a lot of time and effort to create a luxury product but at the same time keep the retail price accessible.” The approach seems to have worked well as in addition to the online shop, Walls of Benin is currently stocked in It-Retailer Wolf & Badger, who have shops in London’s exclusive Notting Hill and Mayfair neighbourhoods. 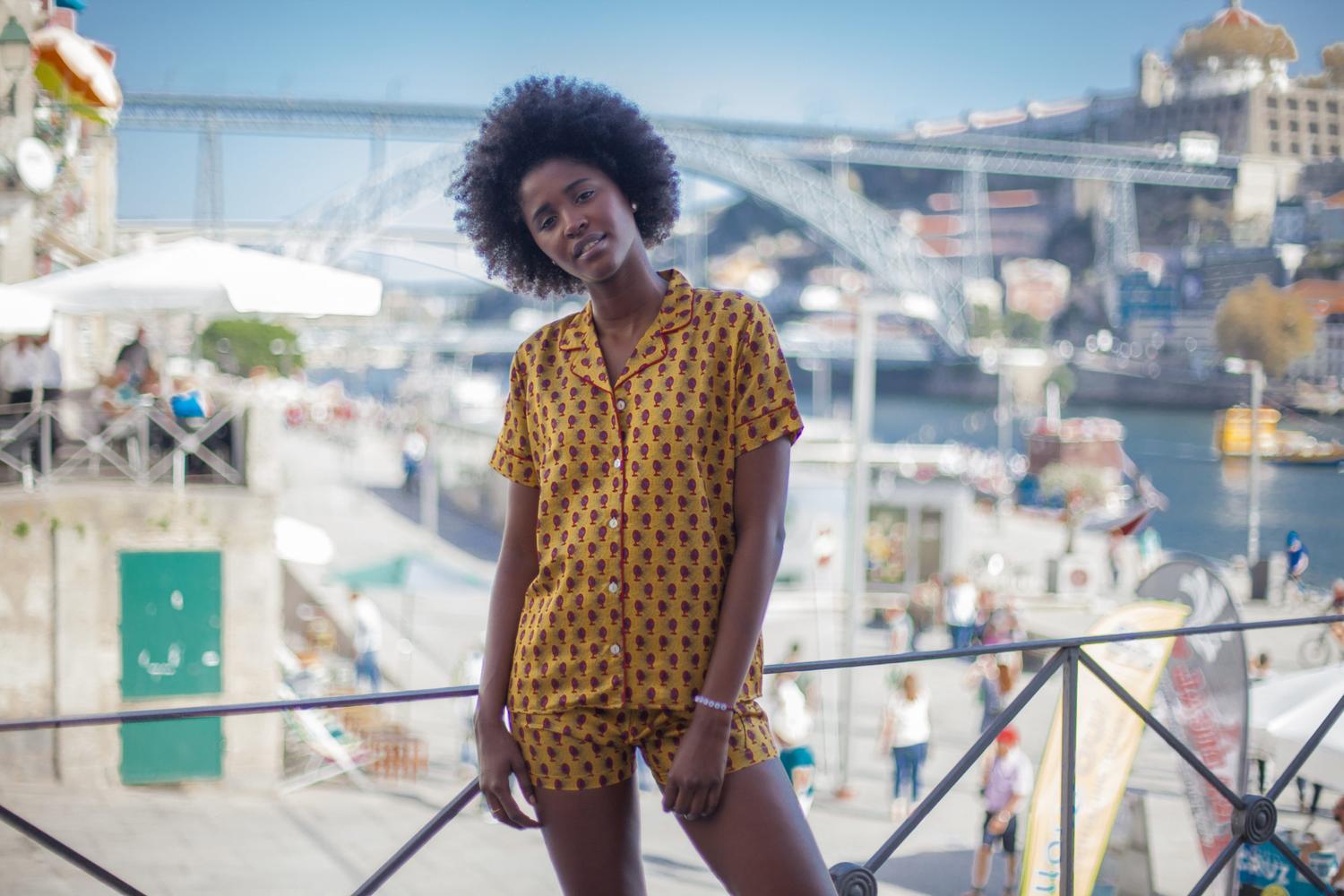 But back to the product itself, because ultimately it is all about looking as amazing as you possibly can. If you are receiving guests from your bedroom, Louis XIV of France styles, aiming to casually slink around and in the process scatter bae, in this most auspicious of weekends (it is the weekend before Valentine’s after all) or just going full throttle for self-care, the pimped edition with the perfect pieces to luxuriate on the sofa while binge watching that box-set, you would be hard pressed to find cooler of the moment pieces than Walls of Benin. And they’re made in Africa, and they’re comfy, and feel delicious to the touch. Consider lounge-wear definitively brought into the fold of Planet Luxury.