The stars came together in style for ELLE’s 26th Annual Women In Hollywood event in Los Angeles on Monday night. Among the honorees of the night were Zendaya, Lena Waithe, Dolly Parton, and more who attended in glamorous looks, followed by friends, supporters, and entertainers in Hollywood.

But throughout the night’s activities, all eyes were on the host – Issa Rae.

The Insecure star was a ray of sunshine making her first appearance on the red carpet in a striking yellow Jason Rembert floor-length dress. The form-fitting look featured a plunging neckline and a thigh-high slit. She completed the look with a slick ponytail and shimmering purple eyes. 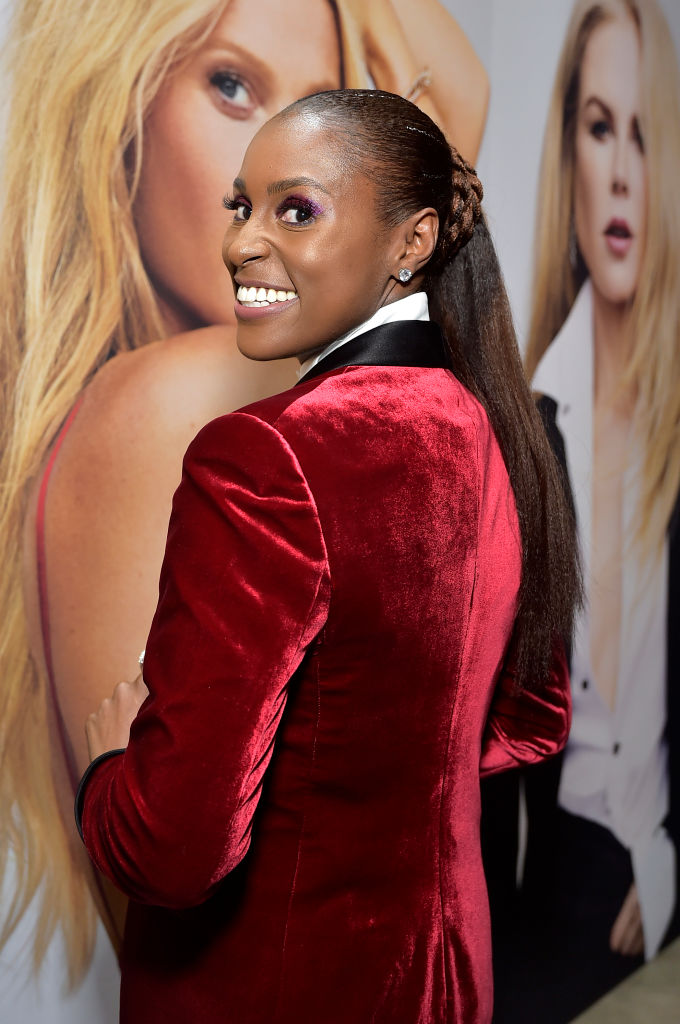 For her second appearance of the night, she got suited up in a red and black Ralph Lauren velvet tuxedo and classic black pants.

Here’s How to Amp Up Your Style This Week, Thanks To This Edgy Muse!