The last day of South African fashion Week can be divided into two categories: quirky and bright, as well as classic and sophisticated. The emerging and established designers who showcased their collections on “menswear day” were on an unwritten mission to defy stereotypical men’s dressing codes with bold colors and patterns, crafty details, and experimental constructions motivated by fearless self-expression.

For the final day of the season which was on Saturday 30 October, I donned a two-piece black and white checkered suit from the young contemporary South African label Rokai. I paired the look with checkered Vans slip-on shoes. I rarely put on matching sets so this was new and exciting for me.

Out of five finalists (Mbalenhle Mncube who founded Umsweko, Thulani Vuyo Mlambo of Saint Vuyo, Marquin Sampson, design duo Malcolm Mokgope and Minenhle Memela from Refuse Clothing), from the Scouting Menswear Competition, Alexandra van Heerden was named the 2021 prize winner. Her eccentric collection for her men’s label, Vanklan, featured color-blocked knits and rompers and pants with clashing patterns. This cheerful and picture-perfect world she projected on the catwalk was amplified by storybook-like illustrations that were splashed on a pair of shorts and patchwork pants while floral prints made their way onto a one-piece suit.

The rest of the Scouting Menswear Competition group also presented appealing collections that struck a balance between commercial viability and originality.

Adam Chancellor-Maddison who made his SA Fashion Week debut this season and Ntando XV who simultaneously presented another collection at Lagos Fashion Week explored genderfluid worlds. Maddison achieved this through a black silky night-like gown and latex-looking headscarf worn by a male model. The designer proceeded to take on a seductive approach with a skin-tight and see-through long-sleeved knit styled with slim-fit jeans and what looked like a beaded necklace. Another look was made up of a waist chain worn with a crop top, a pair of low waist purple pants, and a dramatic coat with a fluffy collar. It was indeed a sensual affair.

At Ntando XV, a long sleeveless wrap dress that can be layered over a t-shirt was presented on a male model. But one of the looks that stood out the most consists of a monogram black and red blanket worn by an anonymous model with a masked face. The outfit was unexpectedly casual but still obtained all the appeal and craftsmanship we’ve come to appreciate from the label. Ntando XV  is one to watch especially as the brand grows its footprint across Africa.

Boyde, who won last year’s Scouting Menswear Competition offered a solid and refined take on essentials consisting of coordinating sets in midnight blue and caramel brown. Artho Eksteen on the other hand extended his offering to include outing pieces in the form of separates with exaggerated proportions. One dress, in particular, was a heavily layered tangerine mesh piece with dramatic ruffles. In the same collection, there were also unmissable psychedelic prints that alluded to the designer’s maximalist spirit.

Thank you for following my SA Fashion Week journey this season. Look out for my round-up of the biggest highlights and moments tomorrow on www.bellanaija.com 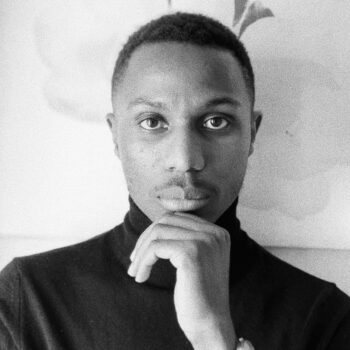 Innocent Ndlovu is a South African fashion journalist. He began his career in 2011 at GQ magazine before joining MTV Base. He has since written for some of fashion’s most significant titles including HauTe Fashion Africa, Industrie Africa, and Nataal magazine. Connect with Innocent: Website: https://innocentndlovu.com Instagram: https://www.instagram.com/theglobalspec/ Twitter: https://twitter.com/IamInnocentN

BellaStylistas In Lagos Get Ready, 41 Luxe Is Bringing These Designers To You!