When did African menswear get boring? Is it the case of there being only so much menswear designers can do? Or African men just don’t care that much about versatility with style? Are tunic and pants in Ankara prints, as well as Agbada sets and Isi Agu tops, the only ways to infuse traditional aesthetics with modern designs.

One designer begs to differ. According to Emmanuel Okoro, there are in fact, African men who are discerning when it comes to fashion and still want a touch of culture that defines their personality with the clothes they put on.

He says: “My brand caters for the unconventional man who believes his outfit is deliberate and not accidental.”

Since he started designing in 2013, Emmy has remained consistent with the core essence and goal of his brand which is to create extremely stylish pieces while preserving culture. For him, the connection between fashion and culture is implicit. From Akwete fabric to prints and jewelry reminiscent of ancient Calabar, the multi-faceted creative is indeed giving menswear, and occasionally womenswear, a much-deserved makeover with an unexpected traditional twist. 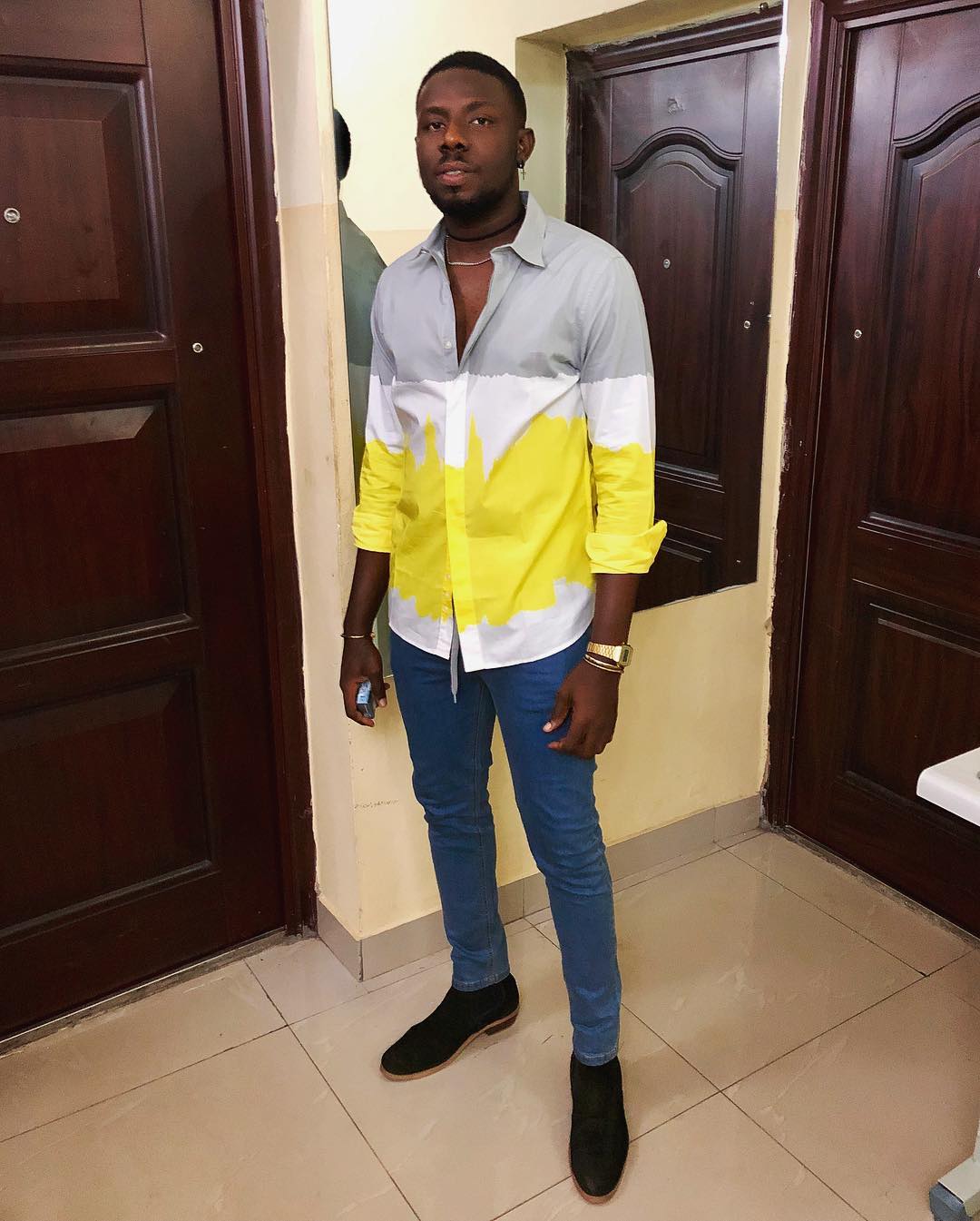 Right after unveiling his Autumn/Winter 2018 collection in March of the same year, Emmanuel emerged winner of the Lagos Fashion Week led accelerator programme – Fashion Focus Fund – a big step in the right direction for the designer. This put him at a well-deserved spot at the forefront of fashion in Nigeria – his hard work, consistency and vibrant designs have amassed a loyal fanbase and caught the attention of British Prime Minister Theresa May who proudly wore an Emmy Kasbit Akwete print jacket during her visit to Nigeria.

Honored To Have The British Prime Minister #THERESAMAY Wearing A Custom Jacket From Our Spring Summer 18 Collection. __ Thank You @NgBritishArts @OjomaOchai @OmoyemiAkerele ❤️. And To All The Beautiful Women (Artisans) Who Work Tirelessly Day And Night Crafting These Beautiful Textiles, “A Win For One Is A Win For All” ??❤️ __ #EmmyKasbit #EthicalFashion #TheresaMay #MadeInNigeria

However, there is no slowing down. Emmanuel is doubling his efforts and even though he admits to some challenges with designing in Nigeria, he is currently creating a highly anticipated Autumn/Winter 19 collection.

“Every entrepreneur, especially in Nigeria has down periods, considering the fact that production here is not easy. I once had a time I almost took a break but I got over it”

For this week’s Millennial Designer Spotlight, Mary Edoro talks with Emmanuel Okoro about his brand and what makes him thrive in an over-saturated industry.

How It All Started
I started designing in the year 2013 but launched officially in 2014. I felt like African fashion wasn’t getting enough recognition as it should so I’m on a mission to become one of the designers putting African fashion on the world map.

Favourite Part of Being a Designer
That I get to design a collection each season and decide how it should be worn and also choose a color scheme for each season. That’s very exciting for me.

Where do you draw inspiration?
For inspiration, while designing, I consider past experiences, places I’ve visited, cultural references, old photos and much more.

As a tribute to Mazi Onyebuchi Okoro (1949-2016) menswear Designer, Emmanuel drew inspiration from his father’s old photos to create the Spring/Summer 2018 collection An Ode To My Father.

The collection which debuted at Heineken Lagos Fashion and Design Week 2017, took us back to the 70s in Nigeria with a bravura display of unique hand-woven textiles produced in Abia State referred to as Akwete cloth. The pieces capture a modern interpretation of vintage designs including suit sets, dresses, skirts, shorts, and jackets. 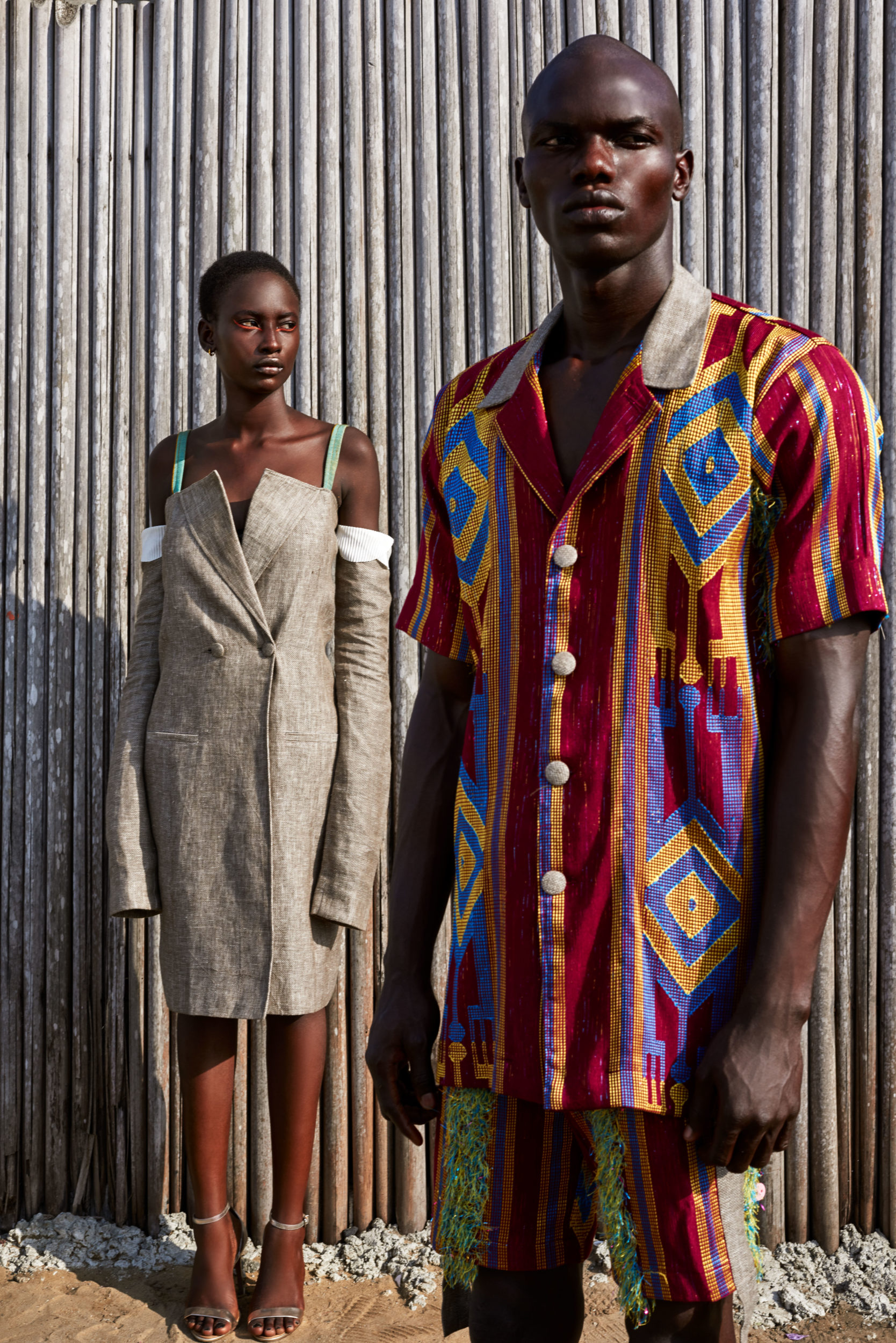 As a Designer are you influenced by trends?
I look at trends while designing just to know what’s in store for the season then redefine it in my own way depending on my own inspiration for my brand’s new season.

Favourite piece/collection?
I am very proud of EVERY piece I create.

Most Memorable Fashion Moment
The moment I was announced the winner of the Fashion Focus Fund. That was a life-changing moment for me.

Top style icons
“Icon” is such a strong word but I have a few people I look up to and who’s style inspire me on a daily. Jared Leto, Fela Kuti, Lenny Kravitz, Blake Lively.

Life philosophy
“Rome Wasn’t built in a day.” ( I believe that in whatever you do, you don’t achieve stardom immediately. consistency is the key.)

These Looks From #TSMWSeries Episode 12 Are Too Good To Miss – Trust Us!