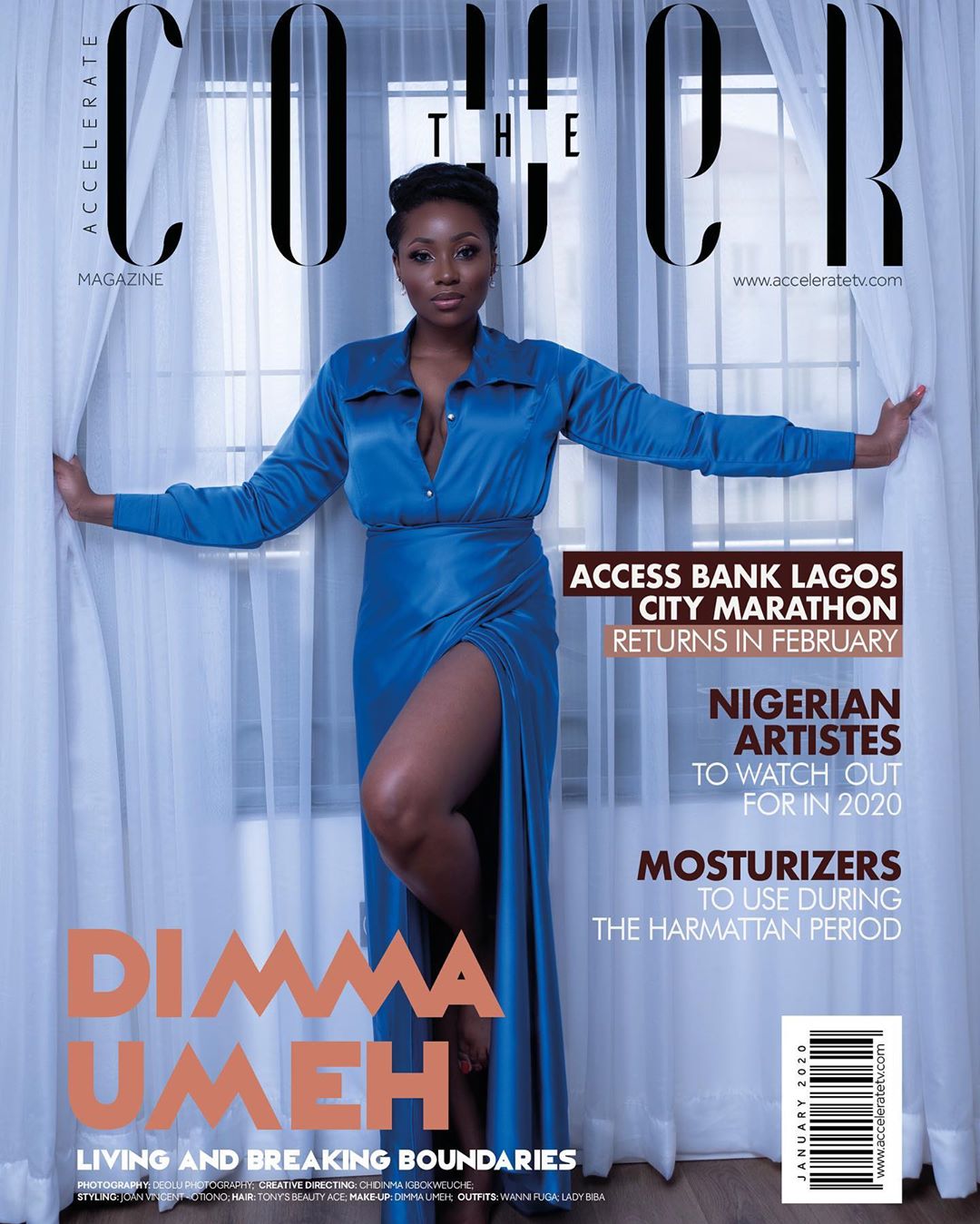 Vlogger and influencer, Dimma Umeh, is the latest Accelerate TV’s The Cover star. Inside the cover feature, Dimma takes us through what creating content, vlogging and living in Lagos is like for a popular YouTuber.

The exclusive photos following the feature show the beauty influencer in a more fashion-forward light. We (and her 300k plus subscribers) have grown to love her beauty tutorials and reviews but for this feature, Dimma’s style looks evolved and very elegant.

Styled by Lady J, Dimma rocked an updated and way chicer version of the traditional iro and buba outfit, a shirt and wrapper set from womenswear brand Wanni Fuga. She had some buttons undone and showed off her legs through the side of the wrapper for the photo.

We predict this Roma set from Wanni Fuga is going to sell out fast!

Read some excerpts from the interview below

On life as a vlogger and influencer

First of all, I thought this whole thing was a joke, like I just started putting out videos for the sake of it, I thought it was fun, I loved the way others looked doing it. But I think that two years in, I started figuring out at that point that this could be so much more. Now I live off of Youtube, I pay my rent off Youtube. I never thought when I first started that I could live off of it.

The easiest thing for me is that I go and watch other creators and I just start out from there. You start out just wanting to watch, but then ideas start popping and before you know it, you want to do something.

On her creative process

It is so funny because a lot of people think that I am this organized person; my creative process is actually not the most organized, however, I do have a process now. So it mostly just always involves coming up with an idea, making notes of points that I’d want to highlight in that video from that idea, filming, then after filming, editing. Editing takes a lot of time, so sometimes it’s either me, cause I do the bulk of the editing, but sometimes if I have a lot to do at a particular point in time, I hire an editor who works with me. Then I upload, and after that, I figure out a good thumbnail to use, because I feel like the videos can be great but if your thumbnails don’t have a call to action then you’ve done all of that in vain.

On dealing with negative comments

When it comes to negative comments, the best thing I’d say is to know that all the things they’ve said have nothing whatsoever to do with you. It’s them, and they’re just saying it because they feel like they can say it to you, the moment you begin to look at it like that you know that they’re not really worth your time, you can pray for them as I pray for them. 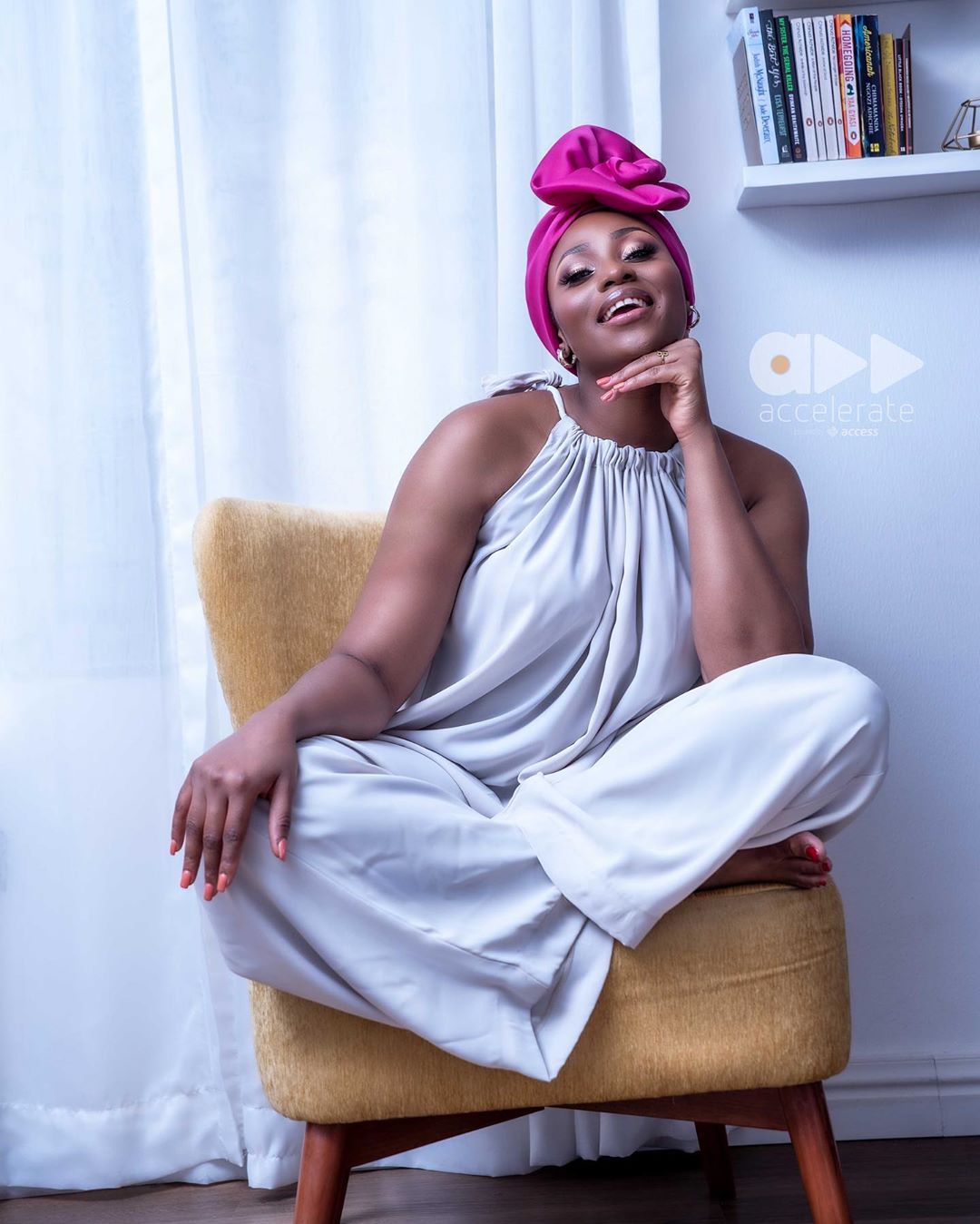 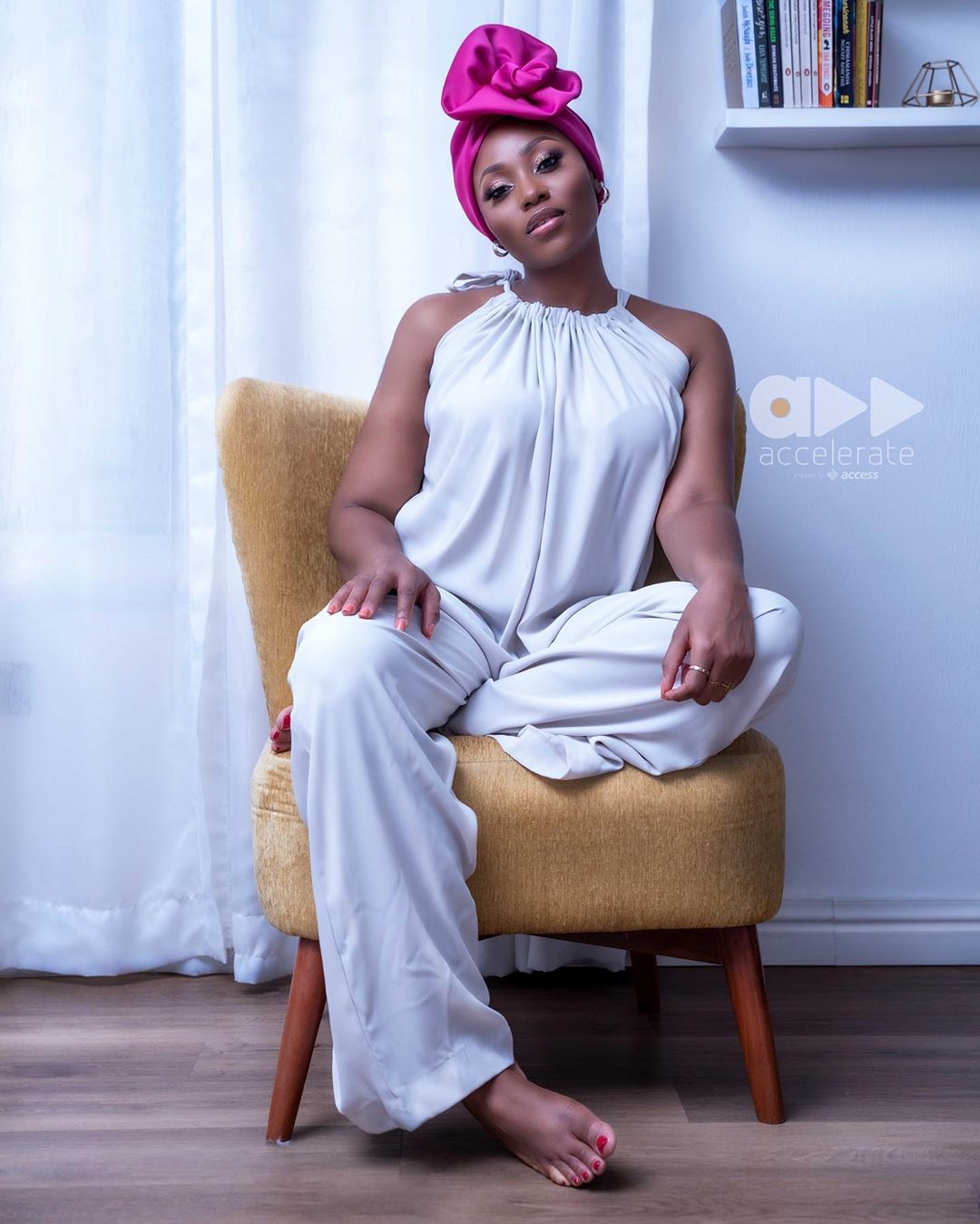 Read the full interview on www.acceleratetv.com

Watch the video below.

#Friday5 Issue 15: The Five Things, Places And People Our Editors Are Currently Loving