I had the perfect plan for the weekend, work, sleep, work again and then sleep more. But it was the last presentation of the Kelvinmary Ndukwe‘s stage play Night Food and so my schedule changed. 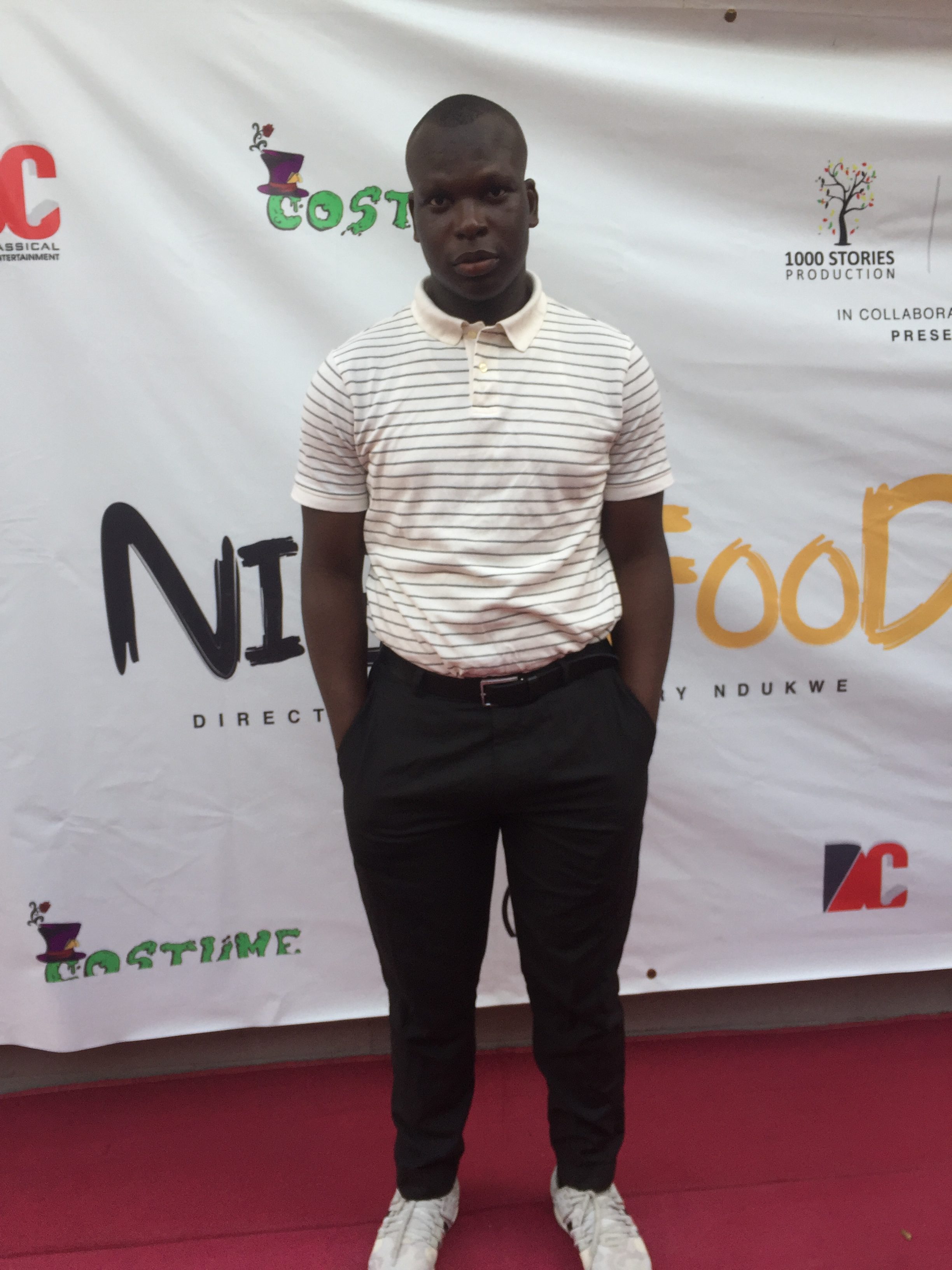 My first stop was a nice hair cut at Larry’s Unisex Salon. After years of chasing my fast disappearing hairline, Larry’s Unisex Salon was literally the solution. They calve your hairline in a way that gives the illusion that you are not as bald as you actually are.

For a night out seeing a stage play, I decided to tone things down and blend with the crown and not go for a strong statement look. So I rolled out a yellow and grey striped Mark and Spencer’s polo which I paired with a pair of black cotton pants. I decided to go full “Dennis” – I wore the Adidas‘ MND R1 sneakers and headed over to Terra Kulture to see the play. 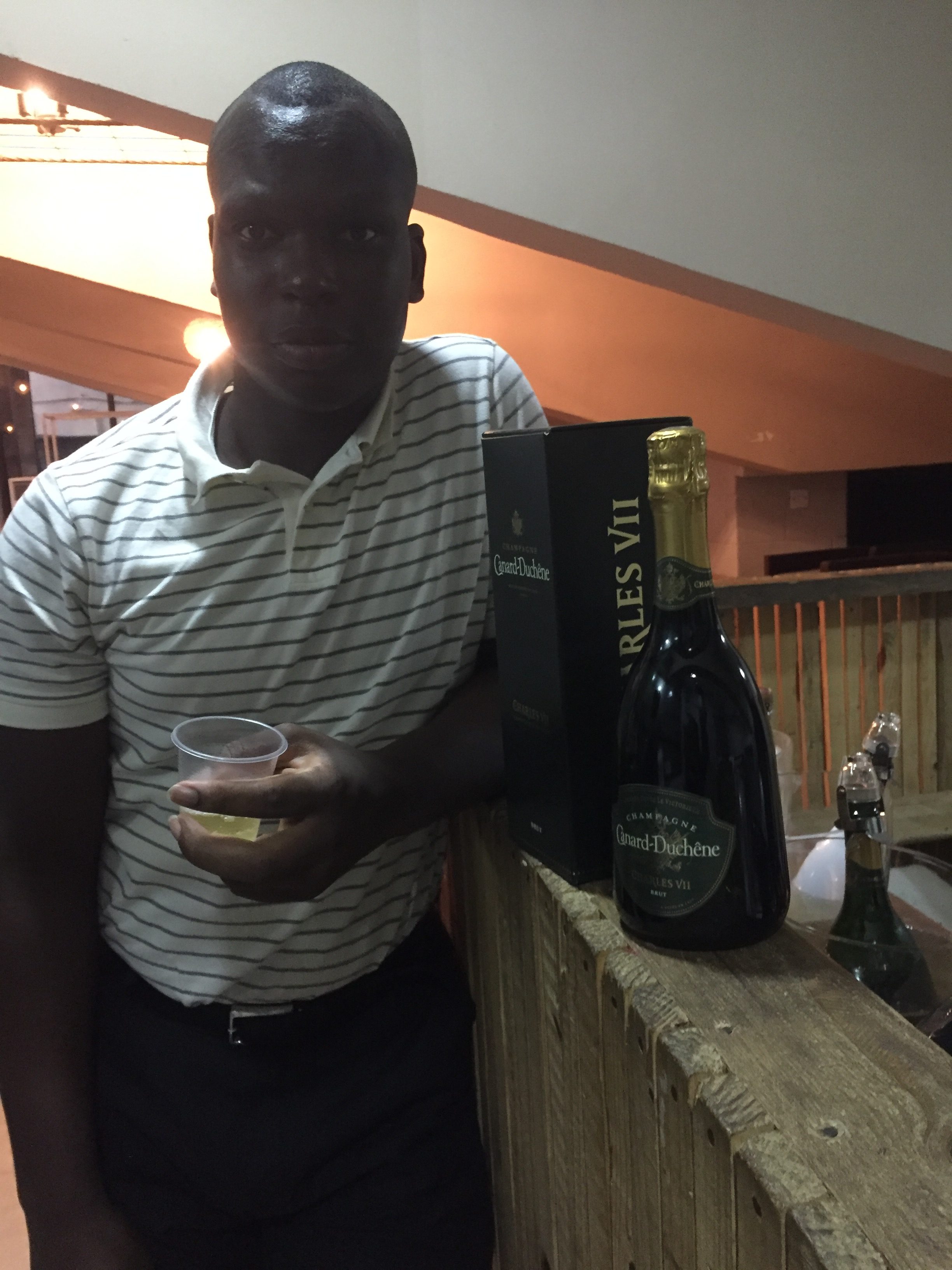 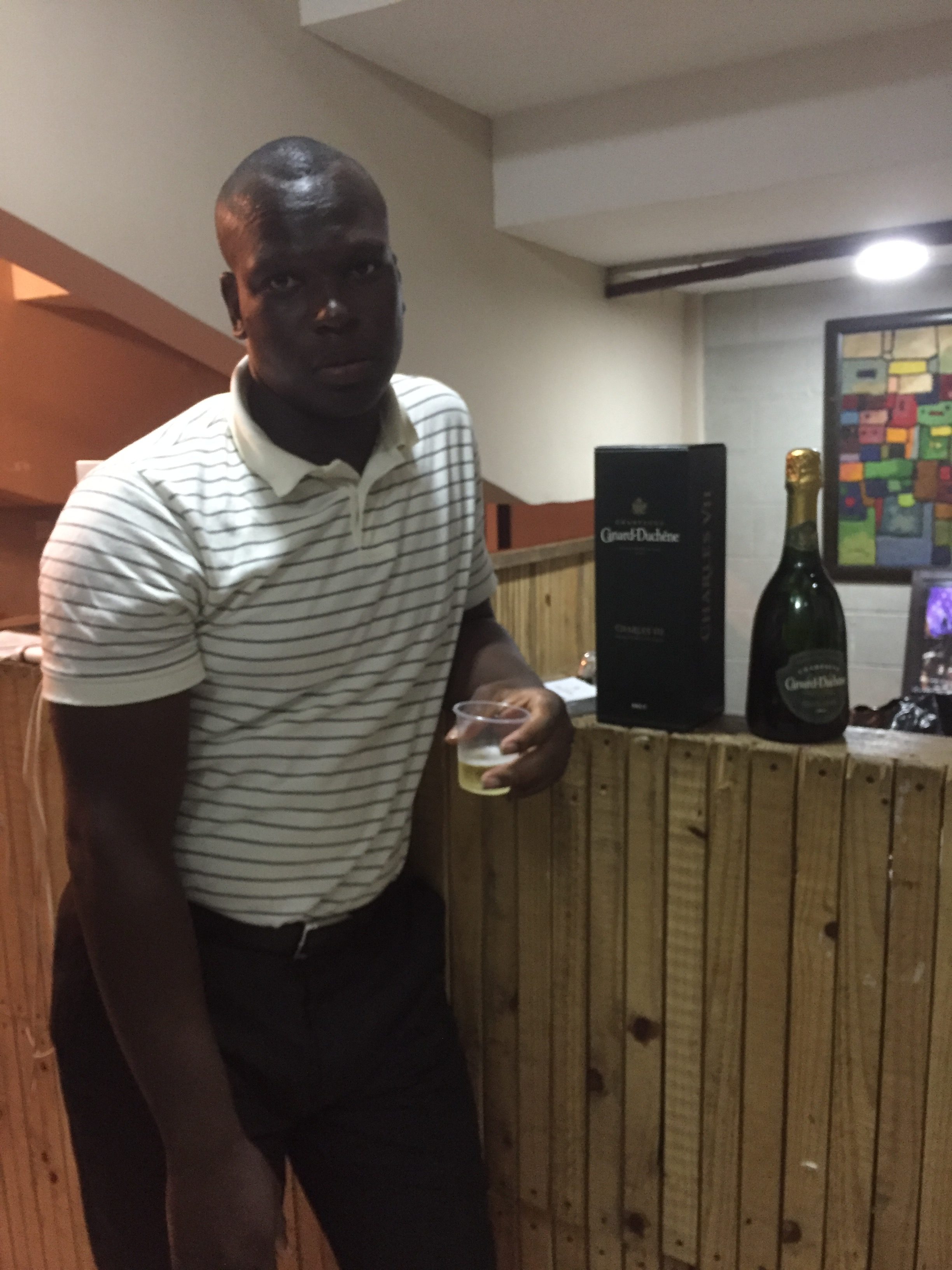 Things kicked off with a champaign tasting by Canard-Duchene Champagne. I particularly loved the rosé which had some sweetness to it. Then there was a special rendition of the national anthem by Yinka Davis who also stars in the play.

Ekene (Stan Nze) and Folake -a modern Gen Z married couple- are forced to navigate the trials of losing a child compulsorily with the wife’s extended family. And so in the wake of their loss, Folake’s family -her father and his three wives- demand that they are their sole companion on whose shoulders they must mourn, except they would rather do it privately. Then it becomes a story of audacity, and for each character, it’s about who has the audacity to do what. The Gen Z couple feels invaded while their “invaders” are convinced that they have no right not to let them in on how they are healing so far. When Ekene and Folake realise that they are not the open couple they think they are, things shatter into pieces even more and now they indeed will only survive with the intervention of the extended family they would rather not have.

The play which is loosely a satire about the failures of modernity and the old ways alike is steeped with deceit, betrayal, love, conflict and family. If you didn’t see it this cycle, not to wory it will return in February next year.

The bottom pot is here ? Come through fam ?? FINAL SHOWING! Let us end an amazing season of NIGHT FOOD together. Come through everyone!!! 'Kene and Folake recently lost their child, and Folake's family have come to keep them company; Alhaji, Iya Folake, Iya Akeem and Iya Agba.' This night, Night Food will be different. NIGHT FOOD is an unusual love story that tests the limits of forgiveness, confessions, truths and half-truths. It examines the role of culture in the domestic family challenges, while appreciating family values and culture shock. It is a hearty humorous play with original music and honest dialogues. Written and Directed by the critically acclaimed Kelvinmary Ndukwe, it features @tunjisotimirin @bola_stephen @iamyinkadavies @udeh.nnenna @oluchi_odii @mojisolamusic @@orekelewaobirin and the multiple award winning Film actor, @stannze Showing on the 29th of September, 2019. TERRA KULTURE, Victoria Island, Lagos. Time: 3pm and 6pm. Ticket: N5,000 Regular and N15,0000 VIP. #lagostheatre #familydrama #nightfoodtheplay #theatreinlagos #sundayshowings #funthingstodo #nigeriantheatre

For someone like me with a finicky sense of humour, it’s been a while since I found a comedy that is actually funny and not exaggerated. Night Food reminded me once again what it meant to watch a funny stage play. I promise you, if you see this play, you will definitely roll off your seats laughing out loud. When it returns in February next year, I will go see it again. You should too.

After light networking and having more of Canard-Duchene Champaign and desserts, it was bedtime for me.

Check Out these 10 Amazing Outfit Ideas from Kenyan BellaStylistas

Adut Akech Is Dominating The Fashion World, One Vogue Cover At A Time!

A Moment Please For Tiwa Savage’s Winning Look At The 2018 MTV EMAs!