Molly is easily the most insufferable character on Insecure this season, but her style has been quite literally, flames. The on-screen style in Insecure has been hotly debated since its premiere in 2016 –  initially helmed by costume designer Ayanna J Kimani and now by Shiona Turini since the previous season. The show has managed to keep the style true to each individual character but with a core focus on accessible, elevated clothing. Both costume designers honed in on a black aesthetic with their choice of  costumes and styling – using black designers prominently throughout the show.

For season four – Shiona Turini definitely took things up a notch, coming off the heels of the critically acclaimed Queen and Slim – which also got her a nomination from the Costume Designer’s Guild. Arguably most of all with Yvonne Orji’s character Molly Carter – this season we really see an evolution in Molly’s style, reflecting her growth in her career and *cough* her coins!  We love that while Insecure features an African-American cast a lot of the themes and situations are universal and this is mirrored in the wardrobe choices of the cast. From Dion Lee to Off White and Lisa Folawiyo to Fendi and Jacquemus, check out Molly Carter’s incredible sartorial moments on Season 4 of Insecure.

Check out Molly’s best looks from season 4 so far: 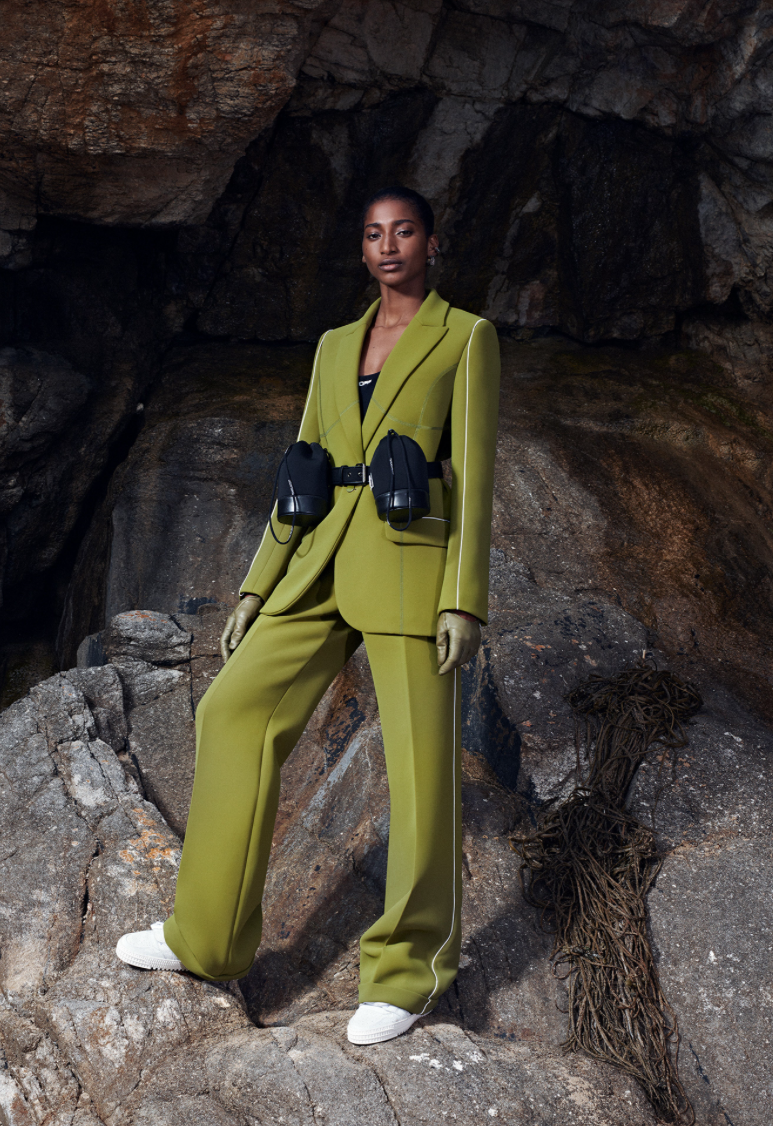 Molly in Sally Lapointe Fall 2019 and a Balenciaga ‘Hourglass’ bag.

Molly in a Meshki bustier and  Margiela cut out jeans

Molly  in Fendi and Reebok

Molly in the Missy Tracksuit by Olivia von Halle.

Molly in a full MaxMara look

Molly in the La Petite Robe Bellezza dress by Jacquemus.

Molly in the Kamira Dress by Cult Gaia.

Molly in a Leopard Print Lycra One Piece Swimsuit by Saint Laurent.

Molly in pants by Vince,  shoes are by Cult Gaia and her bag by Dior. And her jacket (not pictured) is from the FW 2019 Collection by Jacquemus.