Unless you have been under a rock, Bella Stylistas would have noticed that Black Hair was big news at the British Fashion Council Awards and in particular Neo-Soul legend’s Erykah Badu hair look. In case you missed it, Erykah rocked an ancient threaded style, popular across many parts of Africa; in fact this particular look took me straight back to childhood.  Forget naturalista goals this was Old-School with a capital O. As ever, we at Bella Naija Style wanted to get the full skinny on not just the hairstyle itself but the woman behind it and I was delighted to find out that it was none other than super-star hair stylist, Ghanaian British dynamo, three times winner at the prestigious British Hair Awards (BHA’s) and the woman who transformed my own crowning glory on my wedding day (small humble brag here – allow me!), Charlotte Mensah.

Her salon Hair Lounge in the heart of London’s Notting Hill has been attracting those in the know for some time. In fact the last time I was in the salon none other than Mr Eazi was getting a cut and colour ahead of his London concert.

It’s easy to see why a certain Ms Badu ended up in Charlotte’s chair at this particular juncture. Her 2017 BHA Award Winning Collection was entitled “My Afrofuture” with her describing the genesis of the collection and message as thus:

“My Afrofuture collection represents everything that I stand for: creative, powerful, strong and feminine, incorporating an array of styles that are both intricate and geometric.” 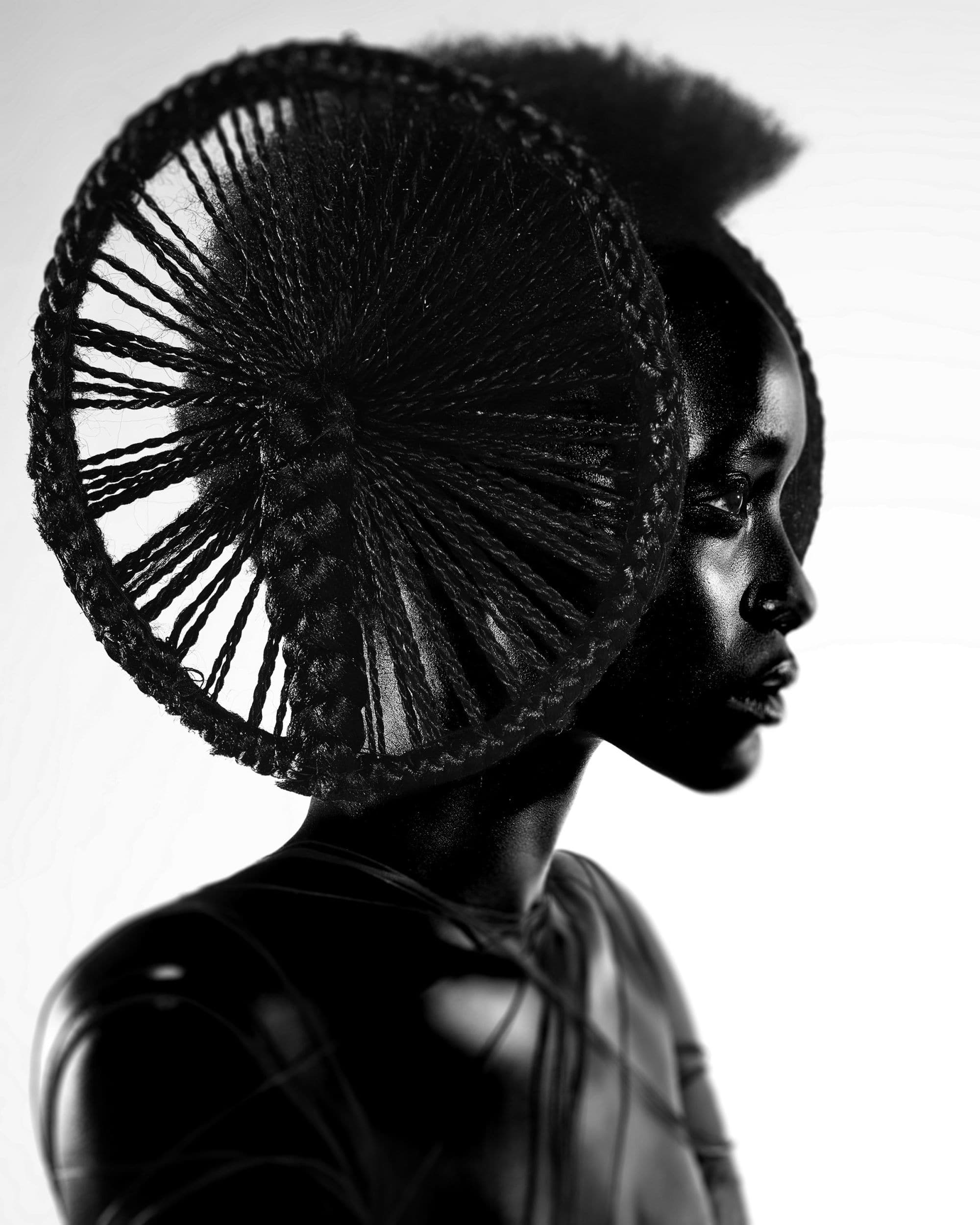 Viewing the styles it is clear to see a bold and celebratory narrative of what it is to be a black woman today and the multifarious ways in which this is echoed in hair choices. From a low crop Afro to flat twists, bantu knots, a jumbo blow-out Afro cut in a trapezium shape, classic blunt cut fringed sleek relaxed styles of varying lengths and arguably the show stopper: a contemporary take on threading, which glided into the realm of sculpture than hairstyle, it was clear that this was not just a seminal collection but a thoughtful meditation of how we as black women choose to express ourselves. 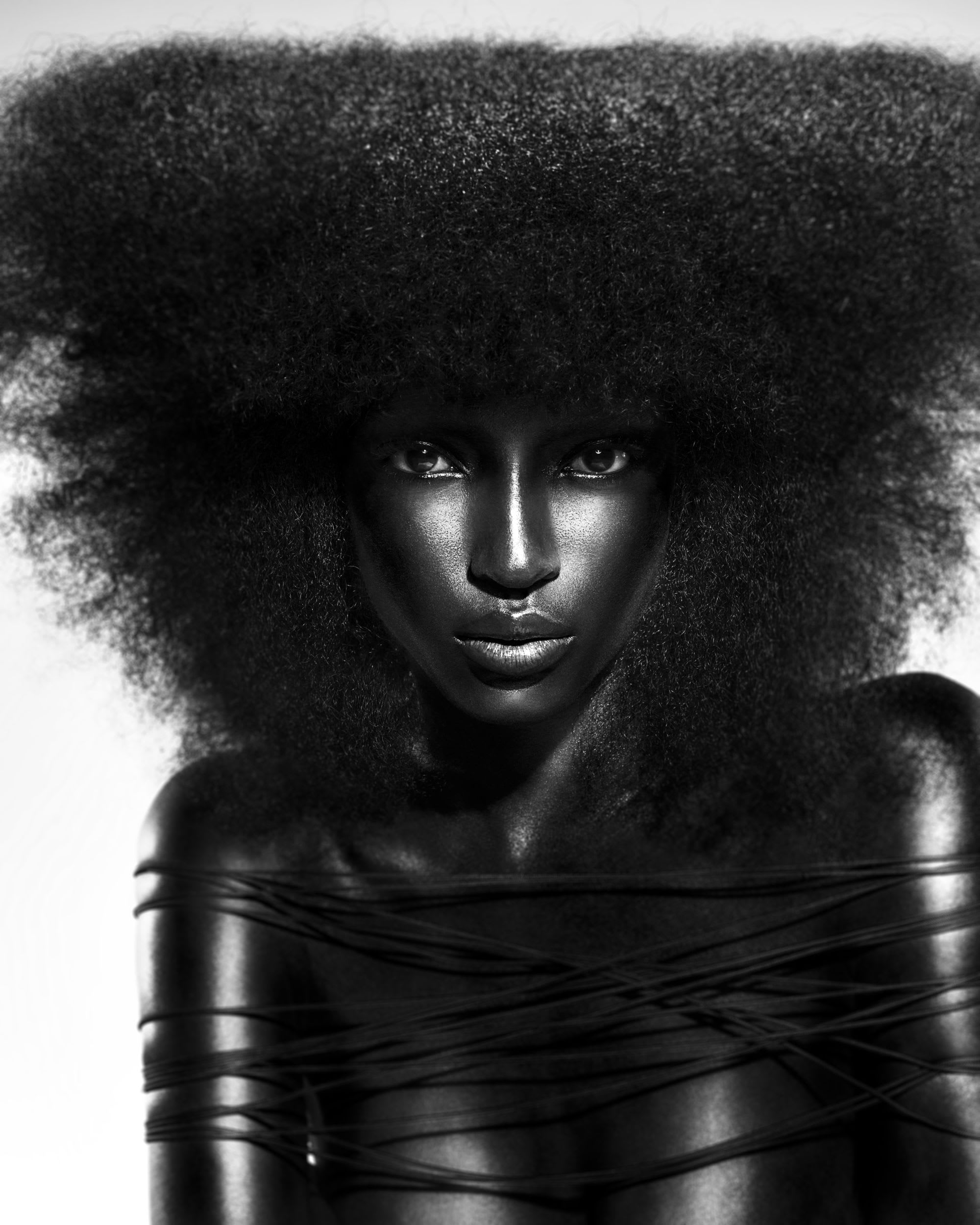 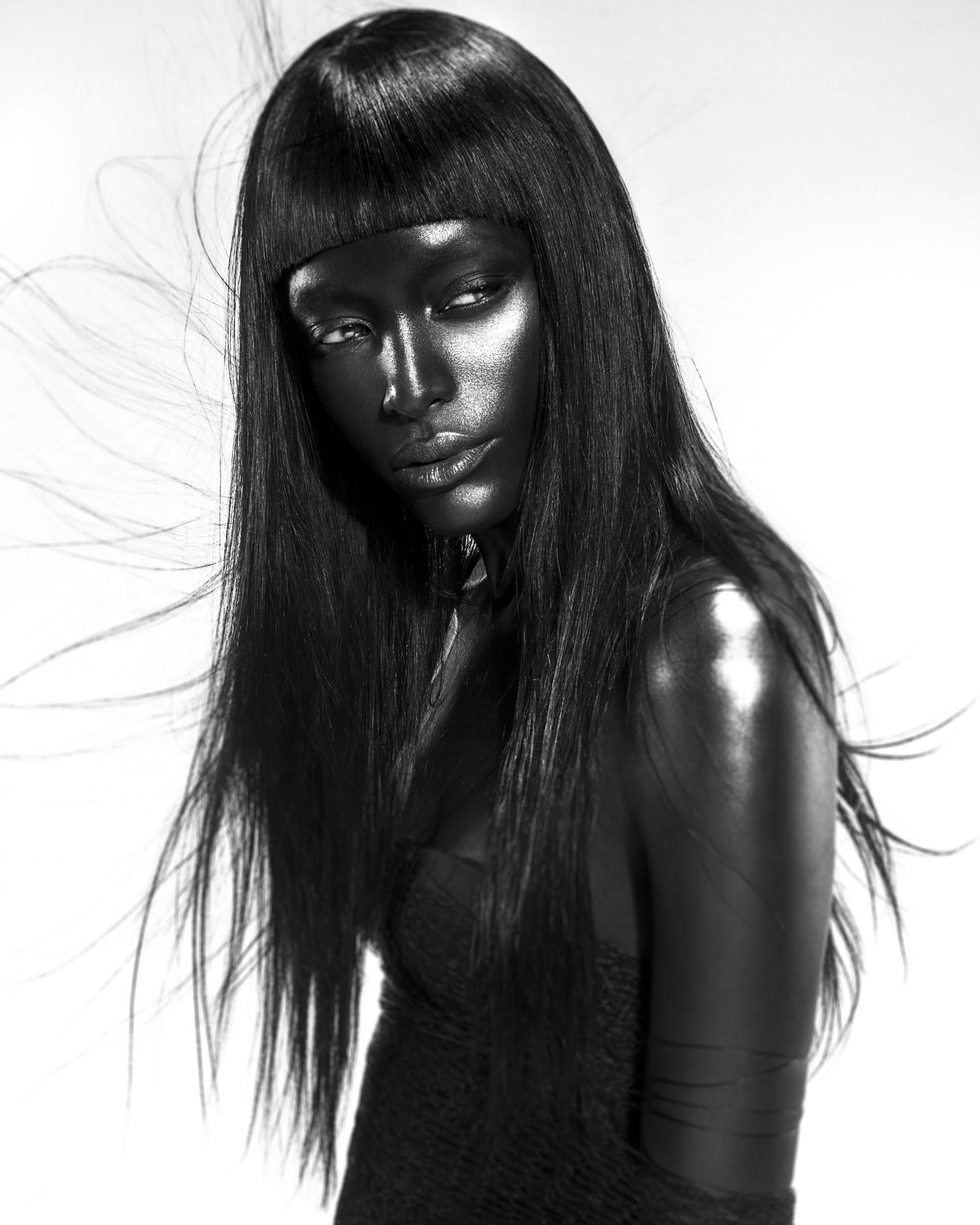 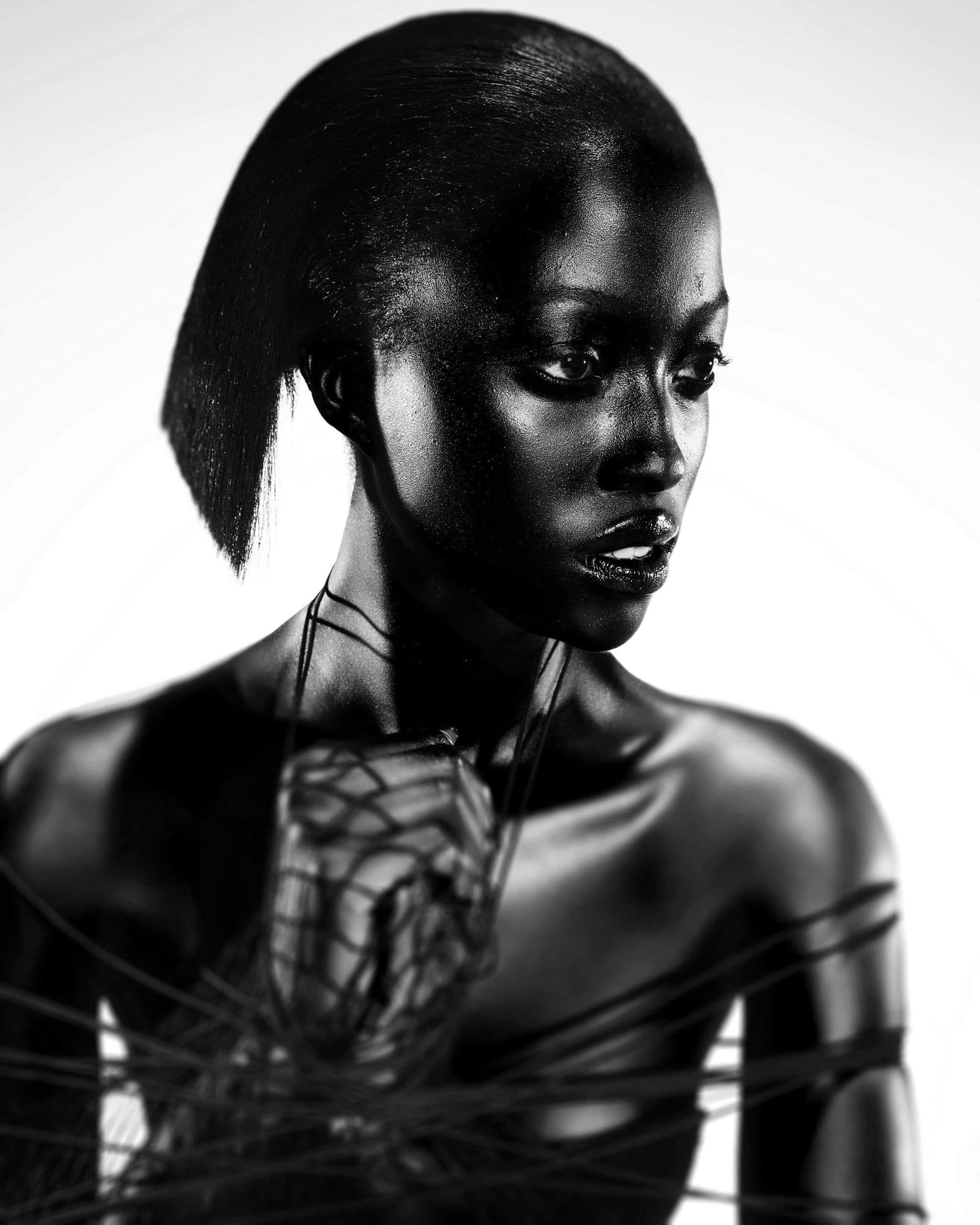 On winning Charlotte’s quiet confidence is underpinned by profound humility for her historic achievement:

“It has been incredible, winning of course for the third time was everything that I have always dreamt of. I was in total shock because even though I know my work is good, one is still like is it really going to happen? But I knew when I put this collection together that it was so powerful that it could only be a winner.” 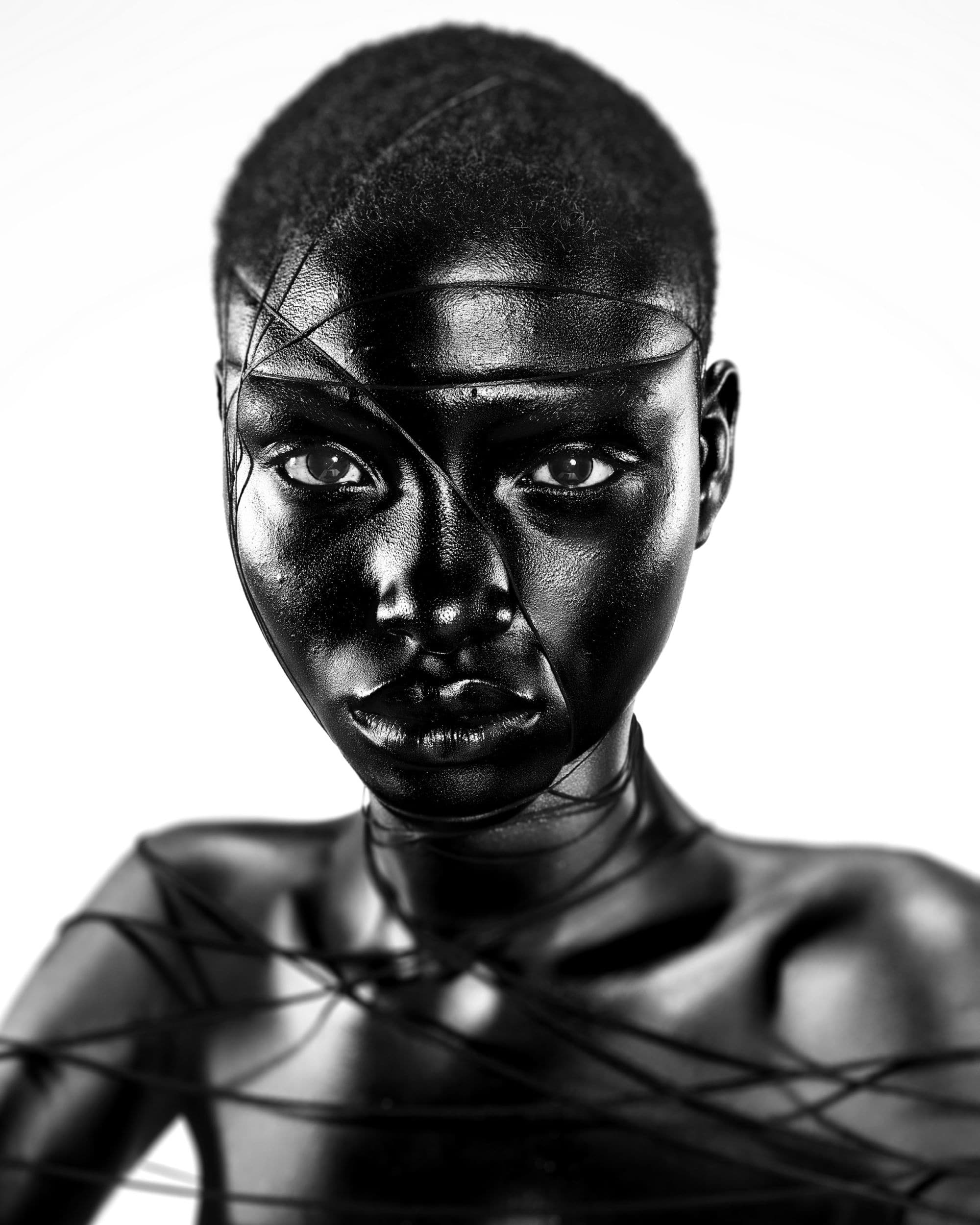 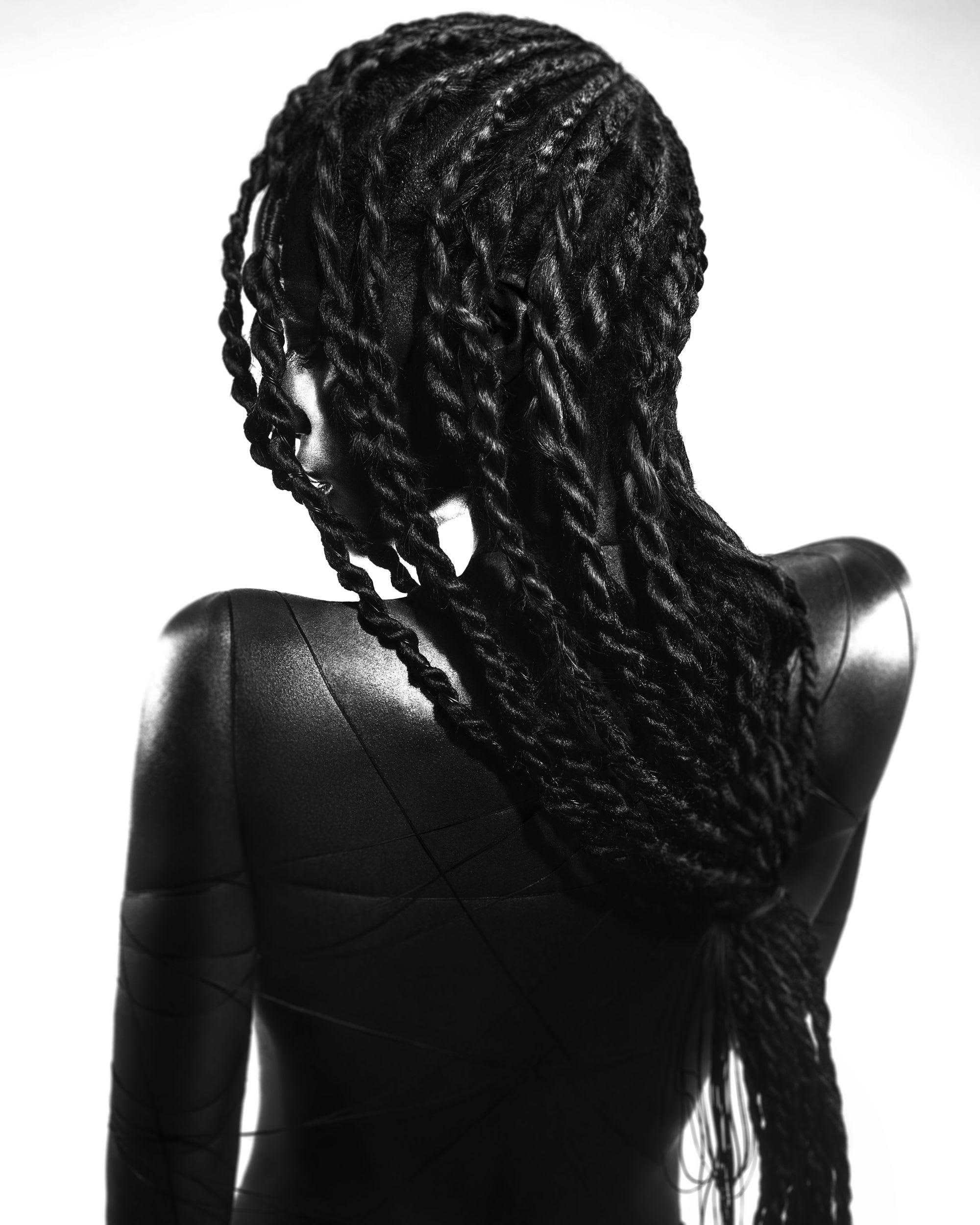 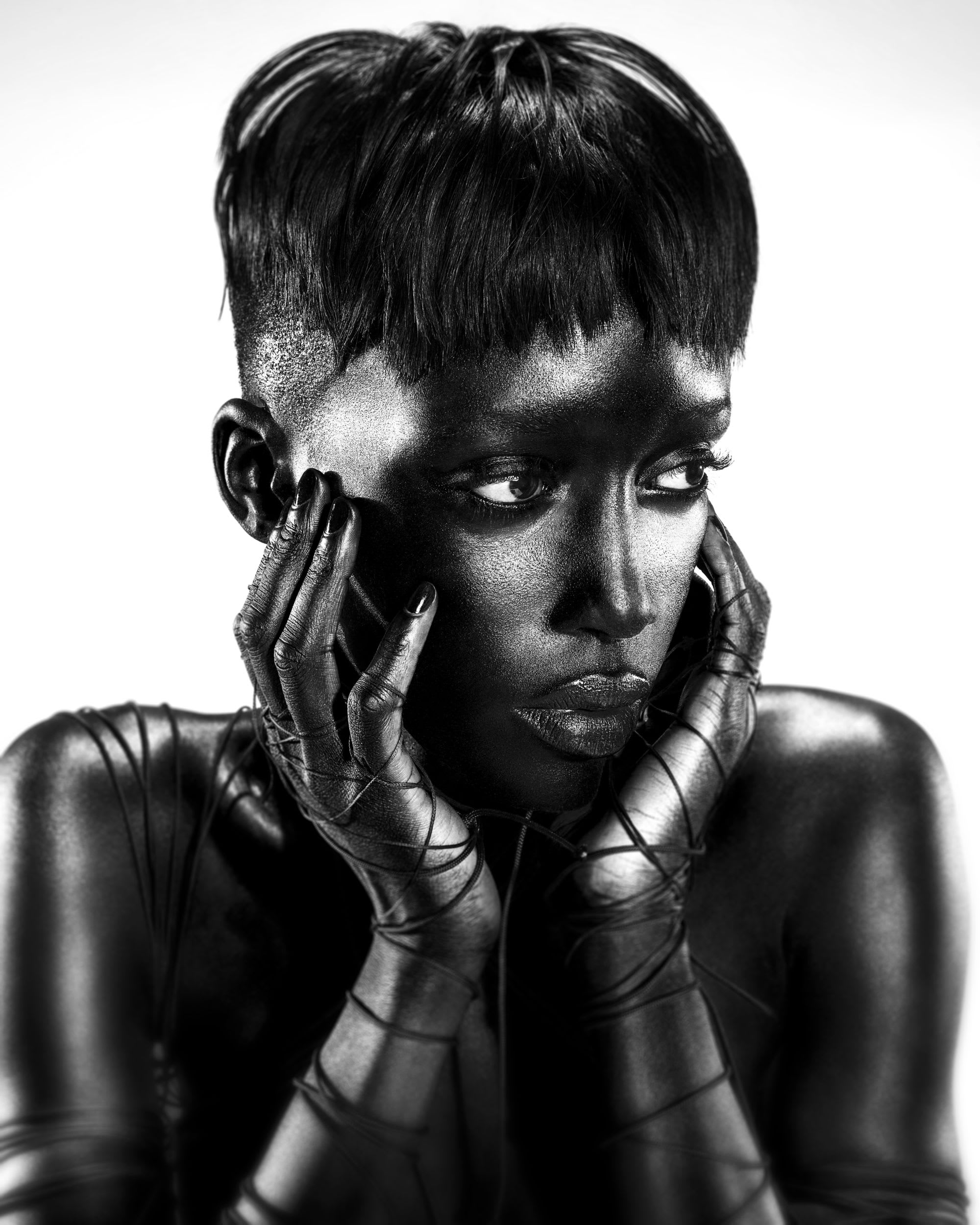 But how did the hairstyle talking point of the moment occur; Charlotte recounted a tale of two fearless artists collaborating to create something mind-blowing:

“Erykah wanted to do something that was totally different, and something with natural hair, and because she is a true artist and change is part of life and she understands that changing her hair would make a big statement, we went for the art of African threading  which she had never had done before. I started threading her hair and she just loved it and the end result was very free, edgy and full of energy.”

Unsurprisingly the reaction which was already pretty epic on Social Media has found its way to the creative force behind its door too:

“It has just blown up in London, in America people are emailing me saying how much they love it… but Erykah was the right person to be on the red carpet with it because she is an amazing and incredible spirit…definitely we are having more and more people in the salon who are wanting to have their hair threaded in fact we have two booked in for today.”

A path that has been paved with consistency and excellence has led Charlotte to being recognised as a force in the industry. She chuckles when the question is posed of her total dedication to her craft:

“Do I eat, sleep hair? Yeah, I love doing hair. I love it. I just cannot emphasize enough what a blessing it is to be making a living from something that I love doing. It is also a privilege to have my artistry appreciated by others. Quite a lot of times it has led to me getting these kinds of jobs like the one with Erykah. Also working with Janelle Monae, working with Eve, so many people I am just really grateful for it all.”

Beyond artistry Charlotte has researched and developed the Charlotte Mensah luxury hair care line which features Manketti Nut Oil from Namibia. The nuts, which grow on Mongongo trees are ethically sourced, rich in Vitamin E, Calcium, Magnesium, Zinc and Copper and unlike the often lauded go-to for Afro Hair, Coconut Oil, are rich in polyunsaturated fats which act as a natural moisture-lock for longer. It is no surprise the range has achieved cult status, with many either buying the products and using them at home or opting for the signature treatment at the salon which also incorporates a salt scrub that promotes growth and rids the scalp of dead skin. Writing about it takes me back to what I can say hands down is the Rolls Royce of treatments for black hair. 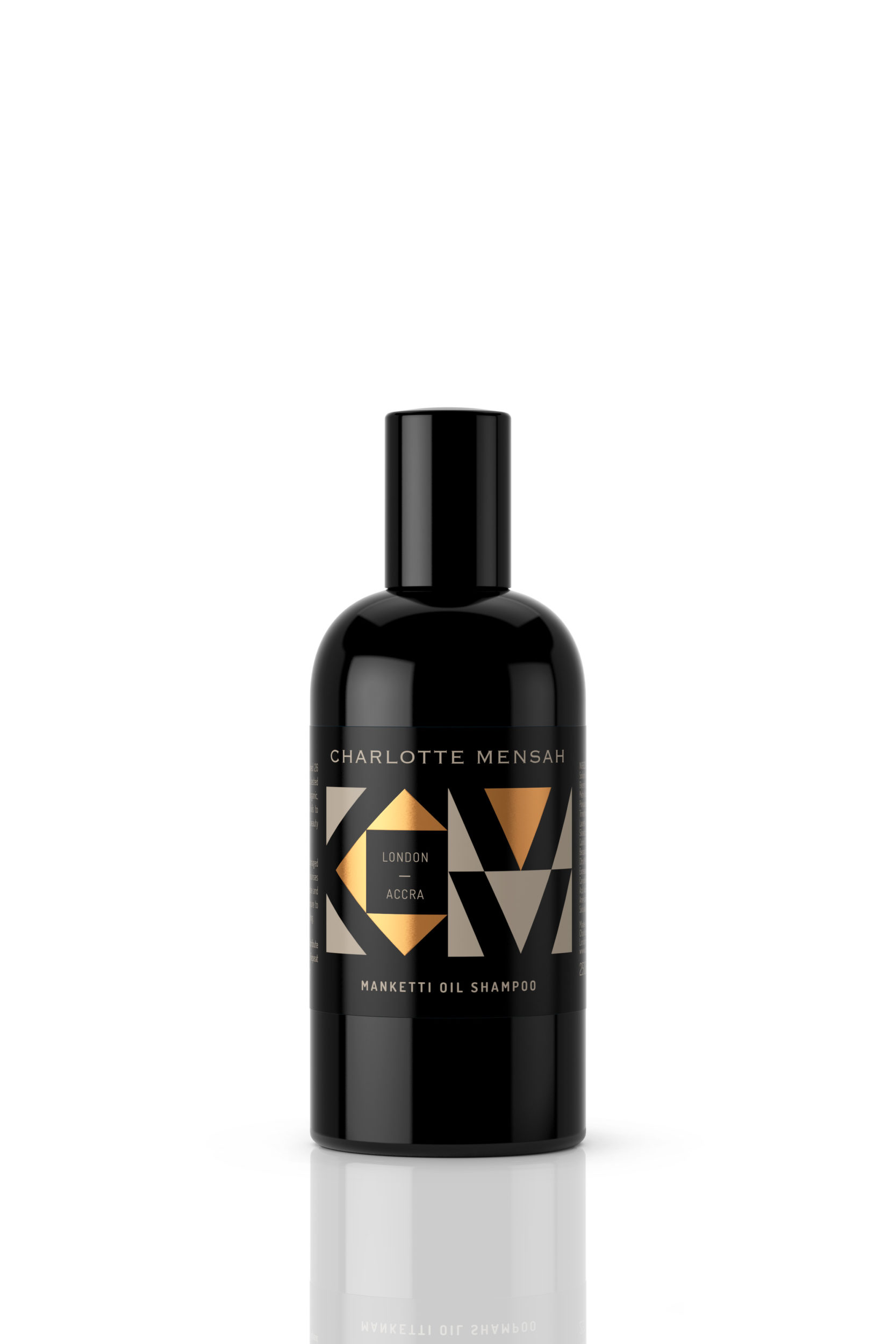 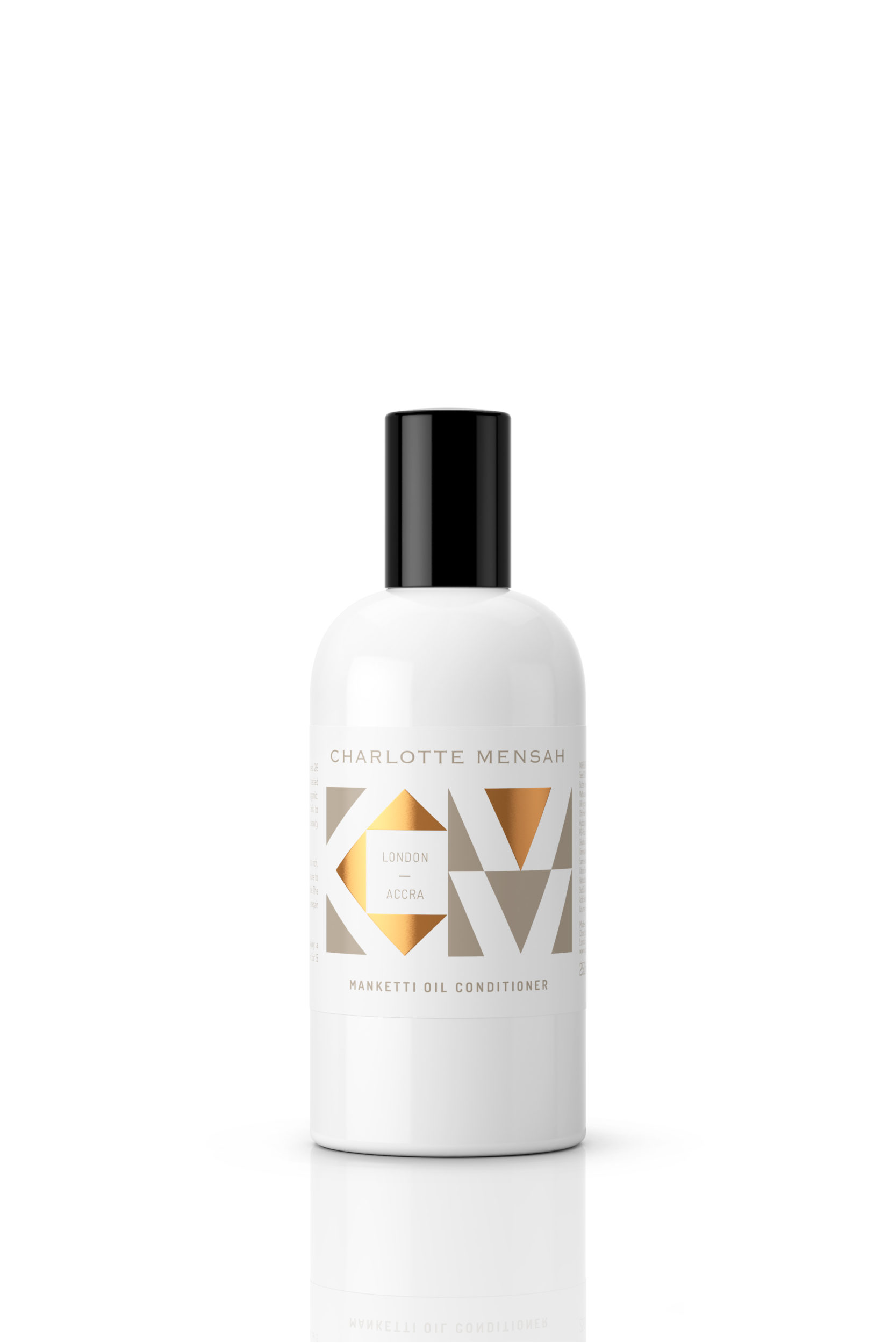 The products also work well with thick and curly Caucasian hair which is in keeping with the cosmopolitan and inclusive ethos that seasons all that Charlotte does. She does however agree that there is a global moment in the fashion world which has Ghana front and centre: from Edward Enninful  at British Vogue to Adwoa Aboah crowned Model of the Year at the British Fashion Awards to Charlotte’s own achievements at the BHA’s:

“Yeah, I guess it is a really good time for British-Ghanaians. But not just us, it is our time, Africa’s time; it is all about Africa at the moment. It’s all about blackness and feminism and empowerment, and why not? It should be happening.  It should have been happening ages ago but now it is definitely here to stay.”

Our Top Beauty Instagrams This Week, December 29th: Who Was Your Fave?