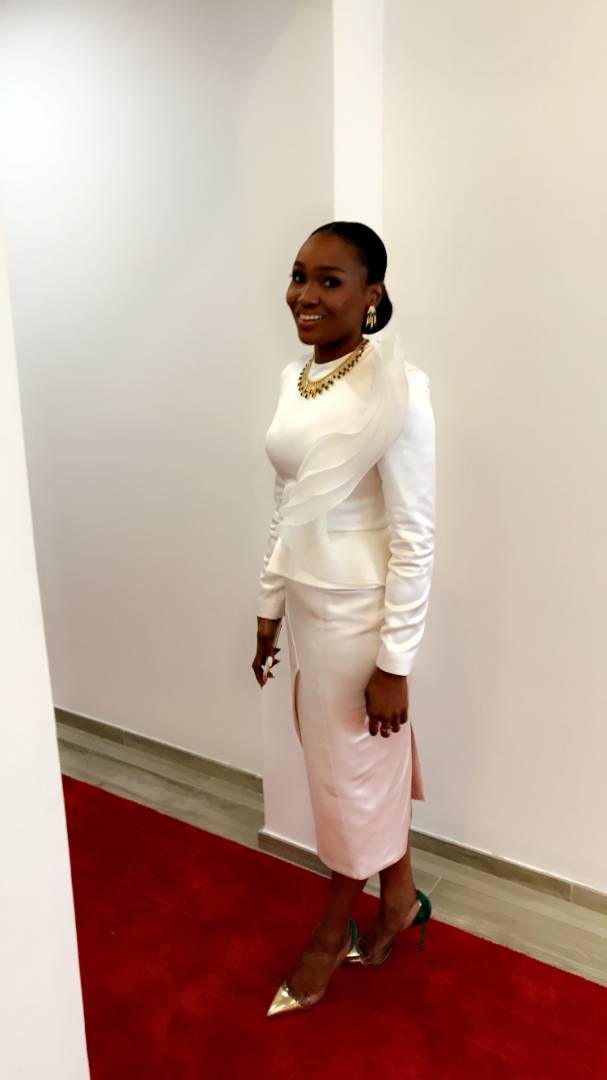 Bella Disu, executive director at Globacom stepped out at the inauguration of the Alliance Française Lagos – Mike Adenuga Centre in Lagos.

Her Bridget Awosika sheath is a study in dichotomies with the angelic white hue and playful ruffle detail contrasting with the no-nonsense silhouette and modest neckline. One always expects to make a bold splash in Bridget Awosika’s signature ‘basics with a fresh twist’ aesthetic and this look is a masterclass in modern and feminine but timeless, classics. 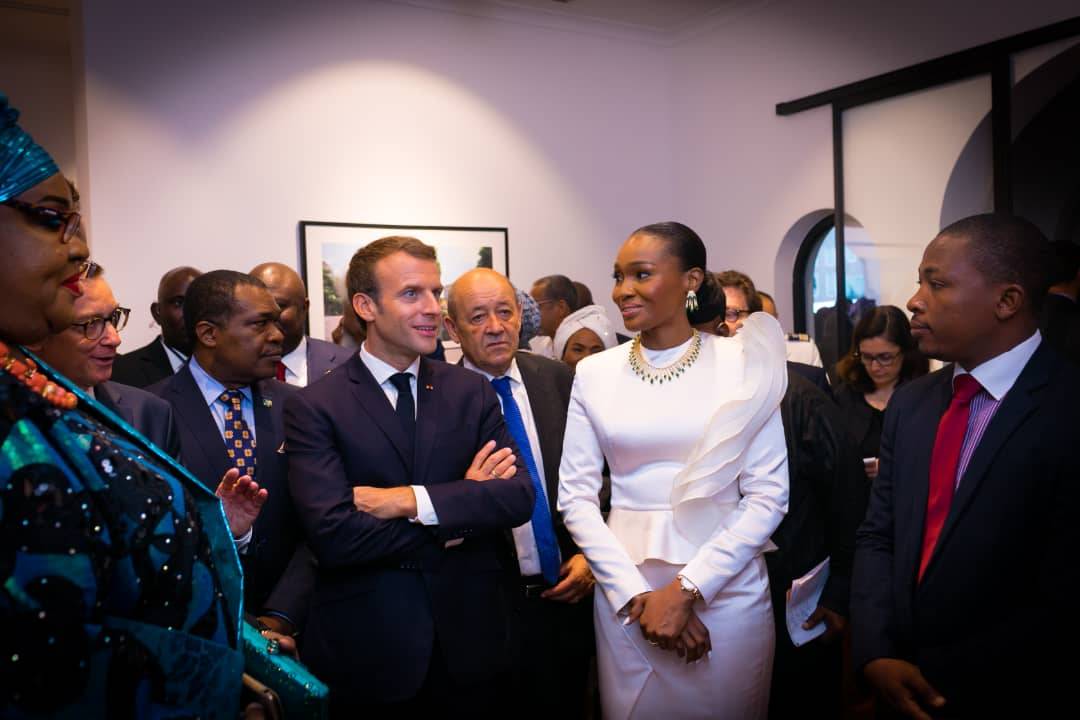 The swept back hair, dramatic dark eye and simple jewellery only added to the drama of this dress. A statement bib necklace and drop earrings helped the outfit go from being a pretty work event look to something special for the momentous occasion.

We like to see Bella Disu showcase her innate sense of style, and we really enjoyed this subtle yet spectacular outing  plus there’s nothing we love more than seeing a BellaStylista Boss! 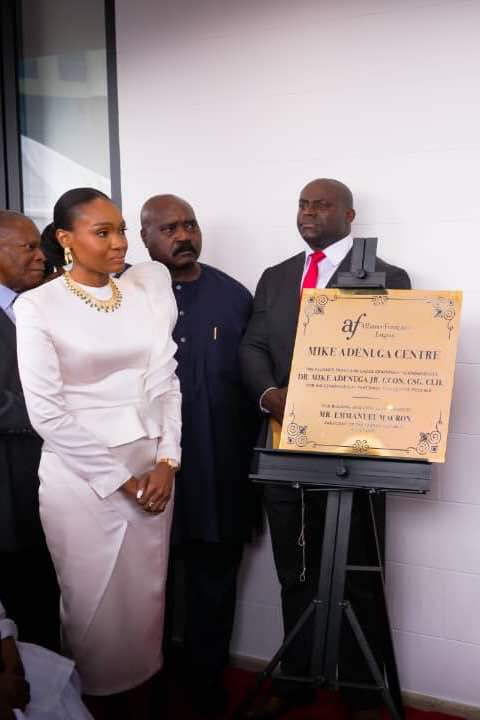 Bella was responsible for the Alliance Francaise project from assembly of the implementing team, detailed supervision to its successful delivery in record time and Macron commended her for her role. 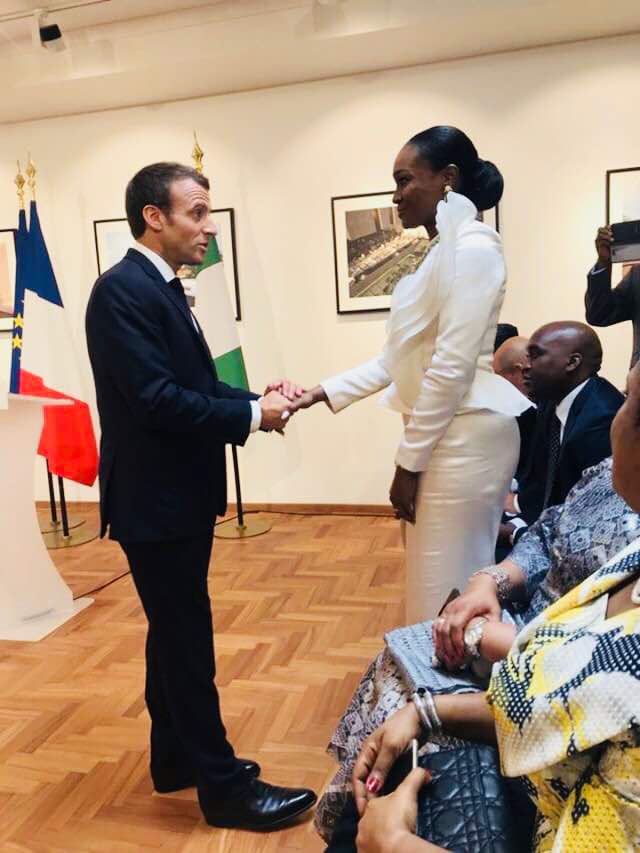 The high profile, cultural centre is slated to offer more than 200 events yearly for thousands of patrons, including concerts, cocktails, dance shows, exhibitions.The new Alliance Française de Lagos will be fully operational before the end of 2018.

President Macron described Alliance Francaise as a commitment aimed at making the friendship between France and Nigeria stronger and “lifting barriers that have existed between both cultures”. 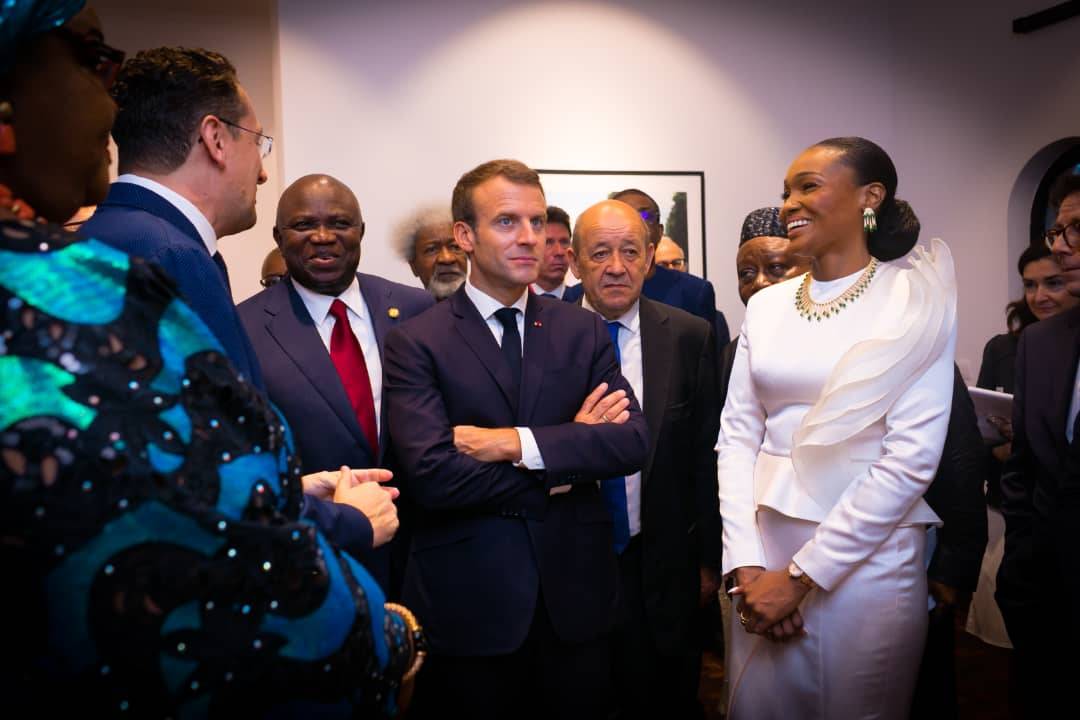 See How K Naomi Noinyane Stole The Spotlight At #AFIJFW19

Best Dressed Of The Week, Week Of November 10th: Who Killed It In The Style Stakes?