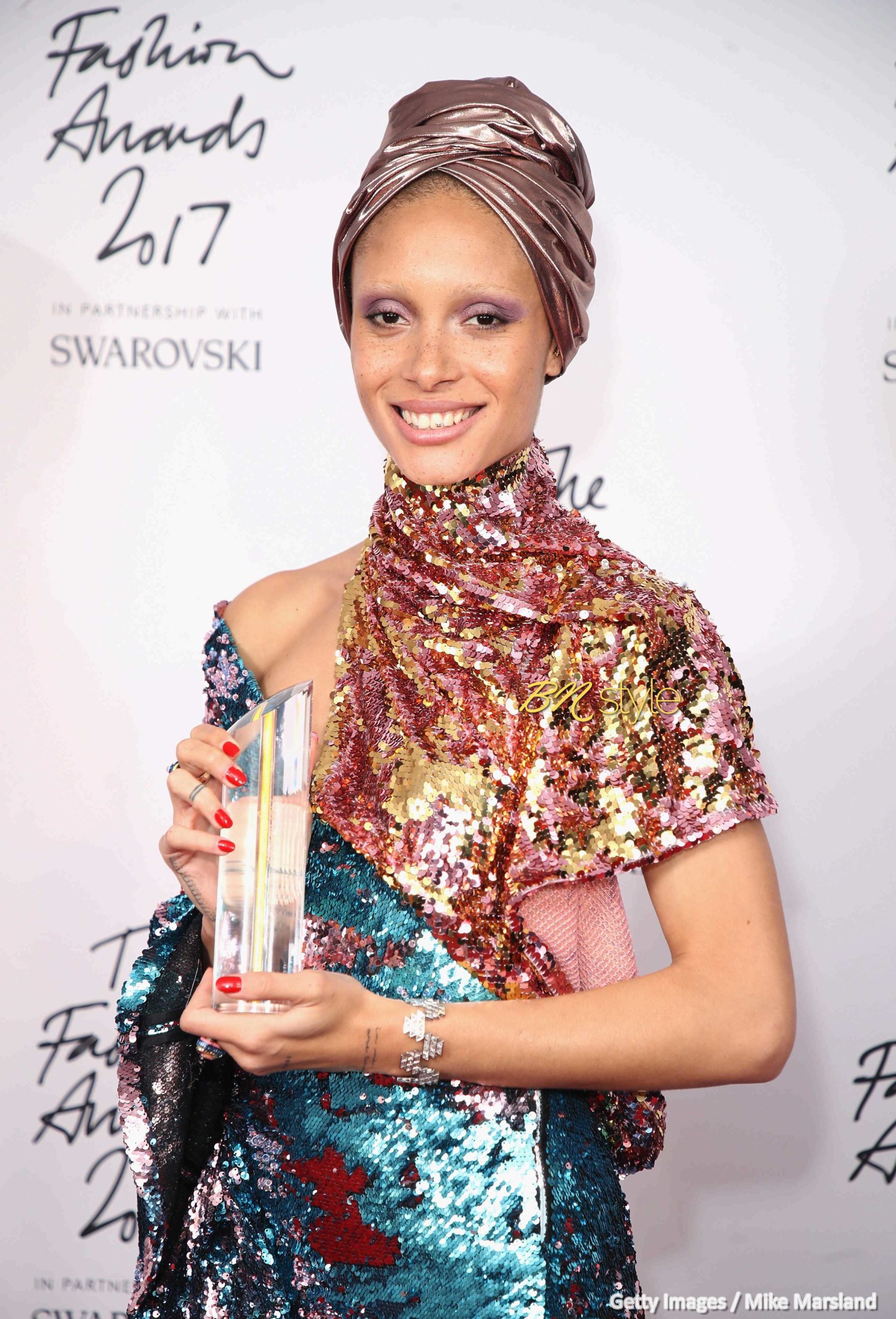 It has certainly been a good year for Adwoa Aboah, from landing the cover of Edward Enningful‘s first issue as Editor in chief of British Vogue, an appearance in the exclusive Pirelli annual calendar to heavily promoting diversity in the modeling industry plus an exceptional year of modeling and  advertising campaigns with the likes of Marc Jacobs Beauty, John Hardy, and H&M.

Yesterday at the Fashion Awards, formerly known as the British Fashion Awards, Aboah took home the highly coveted Model of the Year award, presented by Swarovski, despite being up against stiff competition from international stars; Cindy Crawford’s daughter Kaia Gerber, Canadian Winnie Harlow and American sisters Bella and Gigi Hadid. 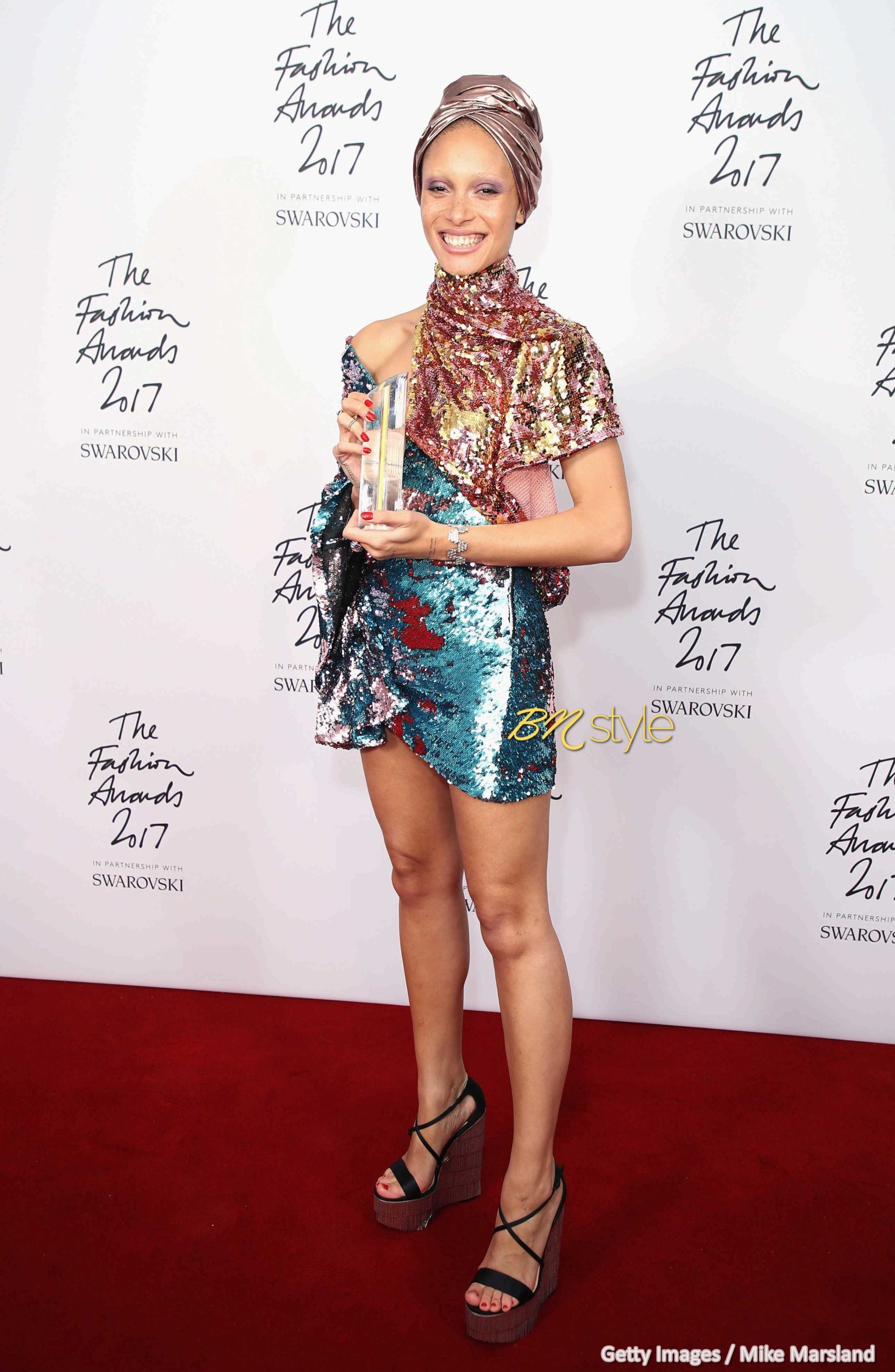 According to the organisers, the award celebrates the global impact of a model, male or female, who over the last 12 months has dominated the industry.

Later that night, Aboah posted a video with the caption. “Can’t Sleep. Too happy”. In winning the award, she joins the likes of  Kate Moss, Cara Delevingne, Agyness Deyn, Jourdan Dunn, and Edie Campbell, all of whom have taken home the award. Also in attendance at the very fashionable event were Zendaya, Rita Ora, and Erykah Badu who presented the award to her.

The Winning Outfit:
British Vogue’s November cover girl chose an outfit by budding designer Michael Halpern to scoop up the Model of the Year accolade. A two-toned, sequinned Spring/Summer 2018 metallic mini-dress paired with a matching turban and Christian Louboutin wedges. According to Vogue, the dress was embellished with 2000 Swarovski crystals that were hand sewn in Halpern’s studio. Before stepping into the event centre she covered up in a pale pink Burberry full-length cape. Titilade’s Ultimate Style Guide: 8 Bottoms Every Stylish Woman Should Have

Huge News: Tongoro is Launching on Printemps.com This Summer – Here’s Everything We Know