Adut Akech is back at it again! The supermodel in the making landed yet another major 2020 magazine cover, alongside 14 of her peers including Kaia Gerber, He Cong and Rebecca Longendyke. She looks stunning in on the cover of V Magazine‘s May 2020 Summer issue lensed by the inimitable team Inez van Lamsweerde and Vinoodh Matadin and styled by George Cortina. 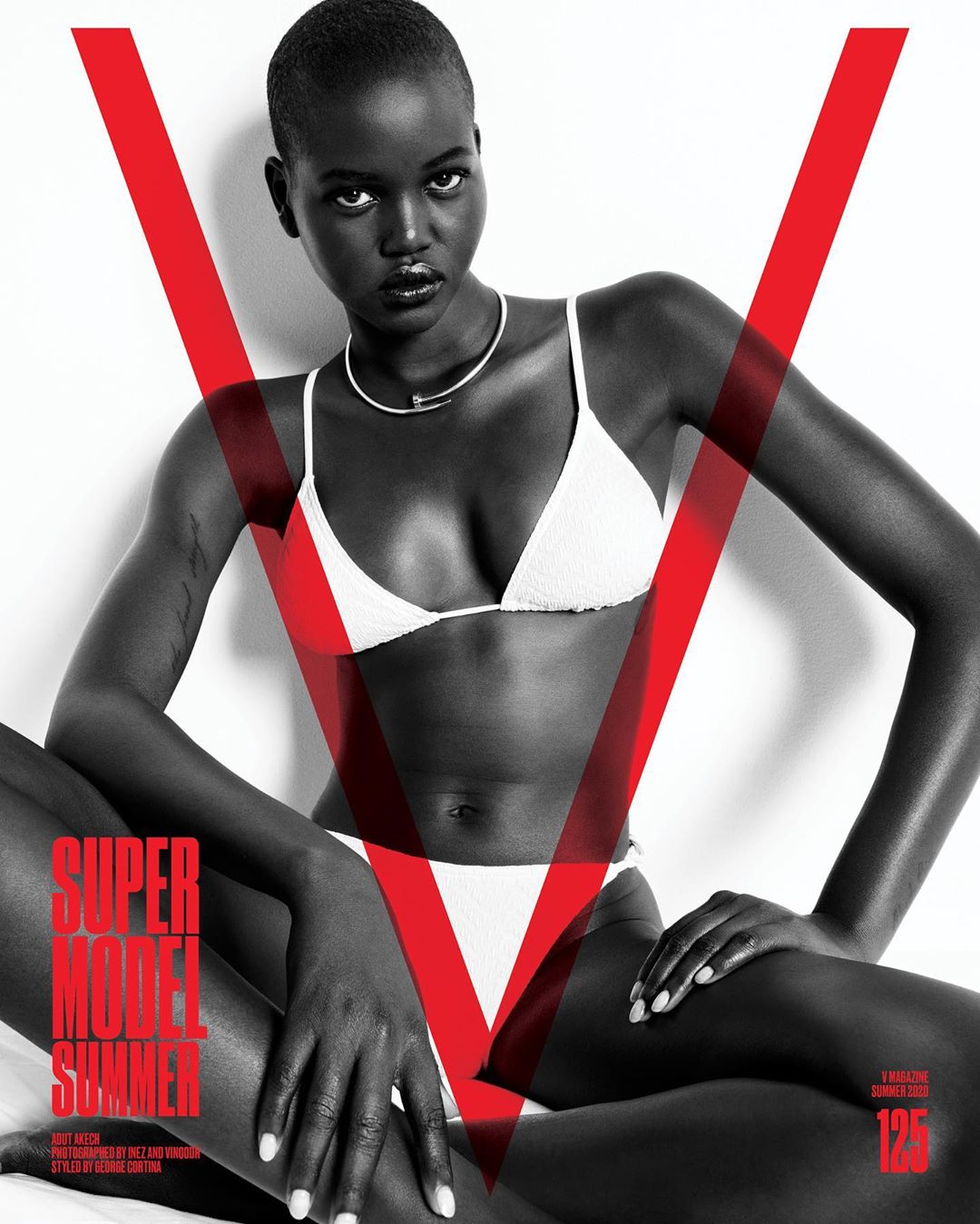 The next generation of supermodels is here! Next in our lineup of cover-stars, we’re celebrating the South Sudanese-Australian supermodel @adutakech, appearing on the cover of V125, lensed by @inezandvinoodh and styled by @georgecortina.

When selecting Adut to be one of our 15 cover stars, Inez & Vinoodh told V

“Adut goes from Grace Jones’ feline ferocity to a teenager’s disarming glow, with the burst of a smile, all teeth, and squishy cheeks at the slightest tingle of a joke. Now all grown up, it was time to show off the killer body she’s been hiding for the past few years.”

Since her debut on the @ysl catwalk back in 2017, Adult has since gone on to be named Model of the Year by the British Fashion Council last December and now regularly closes the most prestigious shows and fronts high-fashion campaigns across the globe. When speaking to V about the current wave of next gen supermodels, Adut simply but powerfully states “We are the future.”