This 19-year-old Nigerian Designer is Fashion’s Next Big Thing! – According to i-D

Meet Taofeek Abijako, a 19-year-old expressionist and creative designer behind brand Head Of State+ based in New York.

His line spans a new but eye-catching range of urban and cool men’s clothing that has attracted the attention of huge fashion publications including i-D. 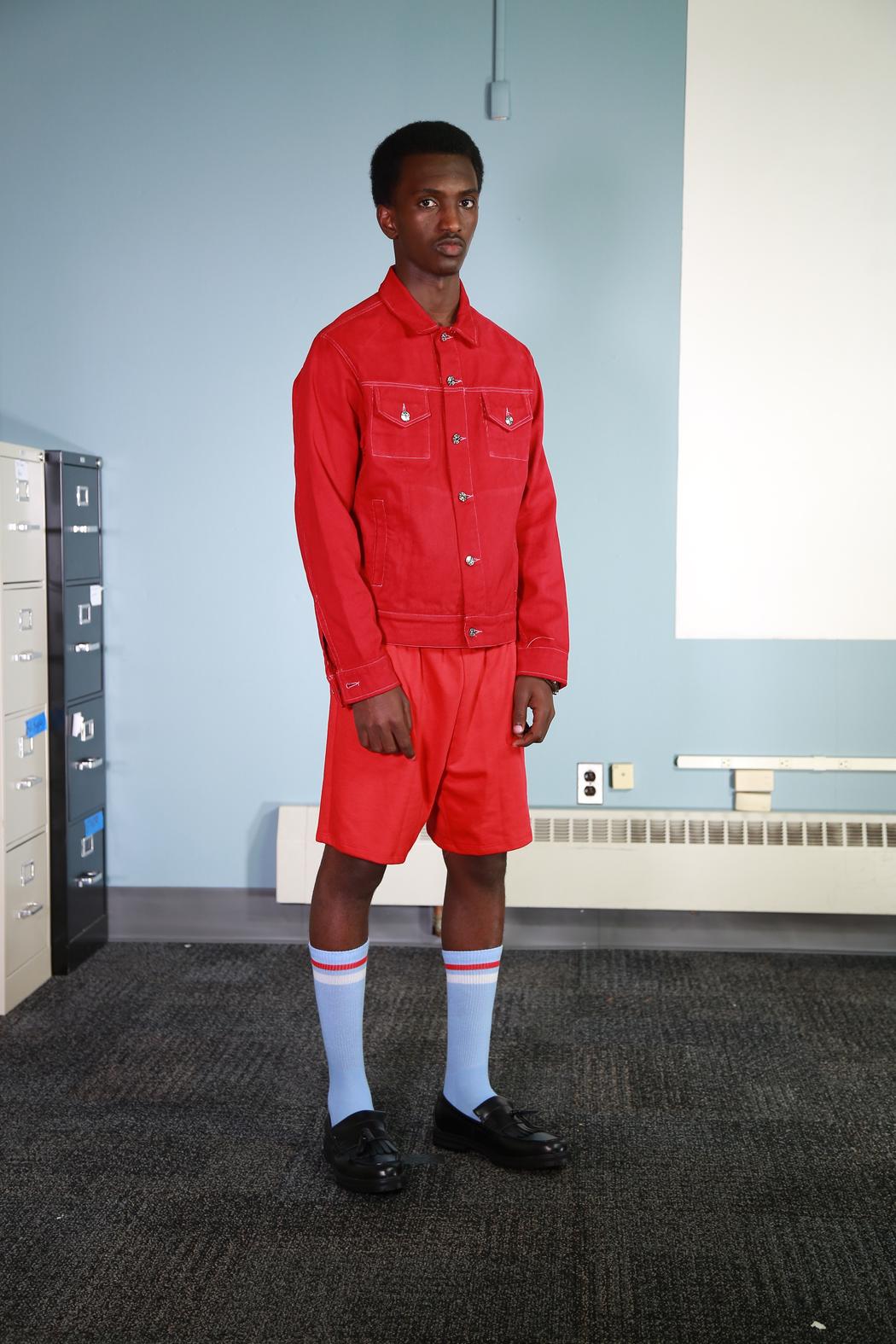 Despite his humble upbringing in Lagos by his father who was also a fashion designer, Taofeek strived towards achieving his big dreams for Head Of State+,  raising funds for the project by hand-painting sneakers and selling them online.

“Back in Nigeria, seven of us lived in one room. At night, when everyone wanted to go to bed, we lifted the table and laid a mat on the floor where we all slept. Imagine going from that to having your own bedroom, 24/7 electricity, and water. It made me appreciate things more… In West Africa, regardless of financial difficulties and complicated social life, there’s a sense of joy in everything. You wake up in the morning fully ready to conquer the day.”

Since he moved ideas turned to reality and his including hand painting a custom pair of Vans for Amandla Stenberg. 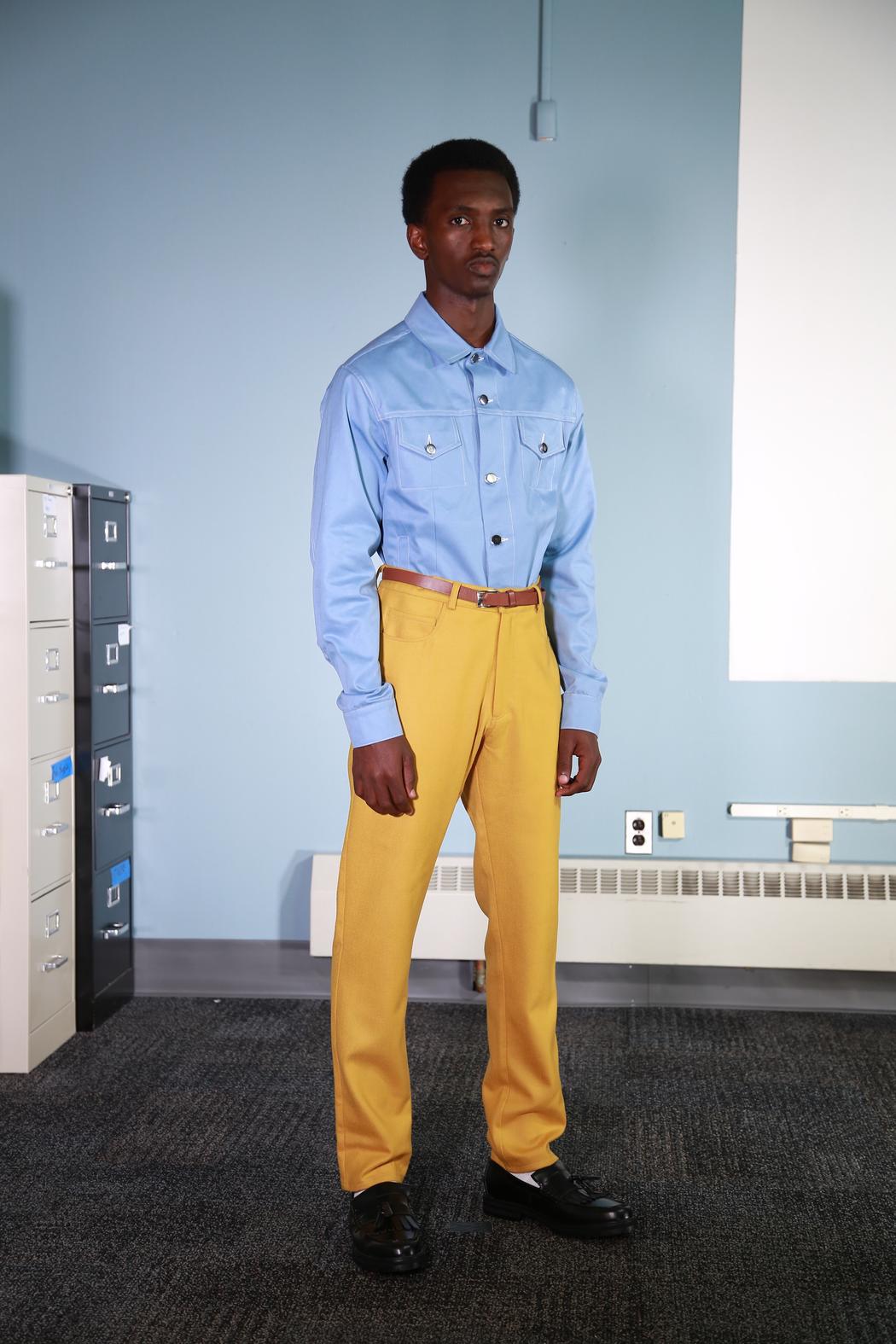 For a spotlight feature, i-D profiles the rising designer ahead of his upcoming show at New York Fashion Week.

He will be showcasing a new collection for Fall/Winter 2018 titled Brotherhood. Talking with i-D’s Emily Manning, Taofeek reveals that the pieces which include work jackets and slim-cut sweatpants were inspired by West African creativity and culture.

Read the excerpts from his interview below:

How Growing up Influenced his Creativity

Visiting his studio on weekends, when I didn’t have school. I tagged along with him just to get out of the house; fashion wasn’t something I really wanted to learn about — yet. My dad had a huge photo album of all of the pieces he made, and the things he wore. It’s very similar to the inspirations that inform my collection. Even before my dad was a designer, he and his friends were super-fashionable. They were wearing some next-level pieces and making the clothing their own. As I got older and began gravitating more towards fashion, looking through his photo album lead me to pursue more research. I got a library membership at the Met last year. I’m always there, digging into contemporary African photographers.

Moving from Lagos to New York

It was very eye-opening. “Brotherhood” is a balance of my culture and my assimilation of American culture. I think design plays such a huge part in the idea of a utopian society. There’s a reason for everything in design — the way the New York City subway system is run, how water pipes work. That’s one of the biggest things I’ve learned moving to America. I ask myself: How do I design with intent? How do I make something make sense with reason and emotion? 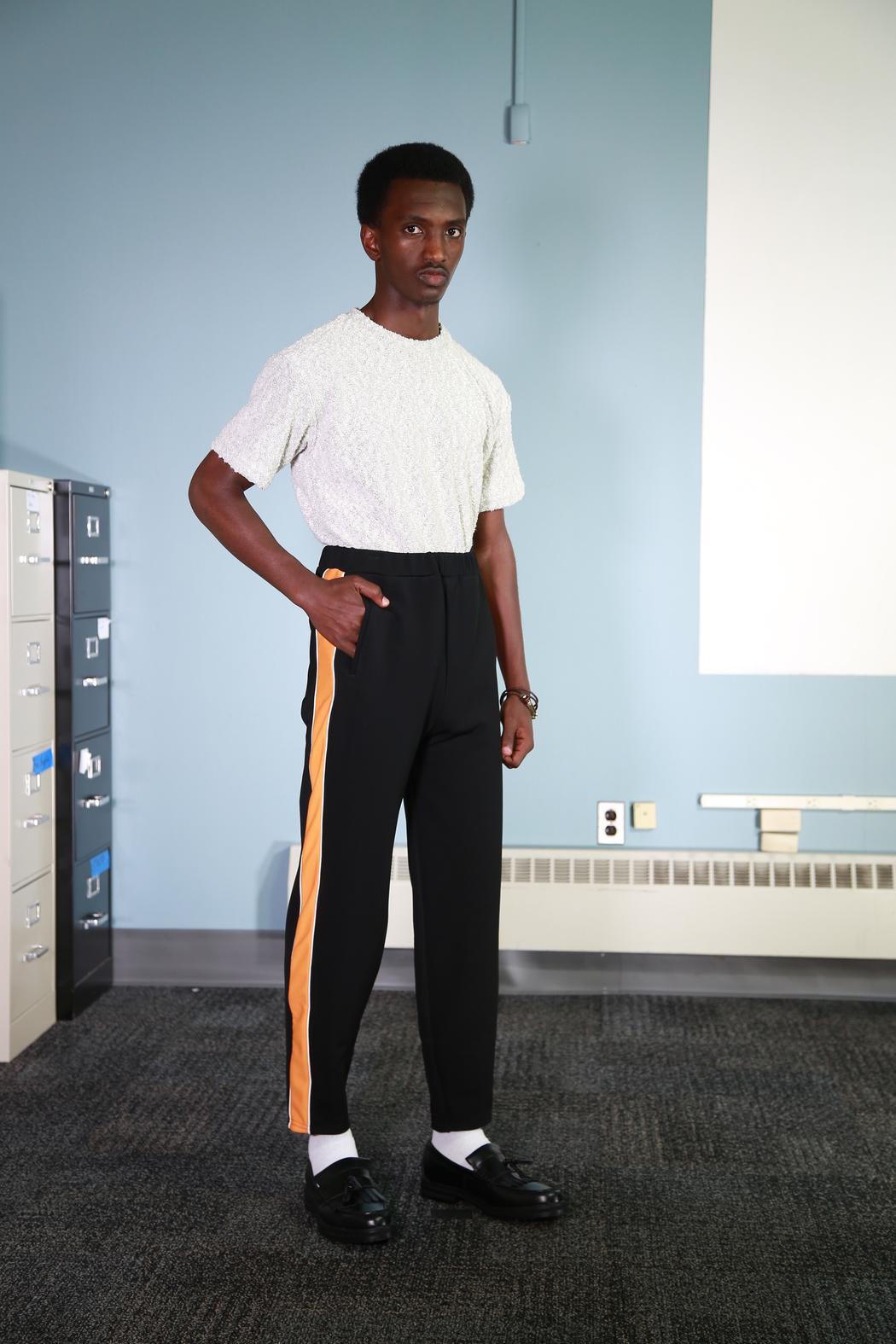 Early on, the ideas for Head of State+ were there, but the funding wasn’t. It really is like school: the more you study, the better you’ll have an understanding, and you’re more likely to pass the class. The more research, effort, and money that went into the collections, the better the story was told. I still have small budgets, but now I know how to better apply them. In the future, I’d like to work on furniture, installations, product design. It’s like I’m writing a book, and now I’m on the third paragraph of the first chapter.

I think it’s a very Nigerian thing. Regardless of whether you are Nigerian and born in another country, or you’ve never been to Nigeria, you still gravitate towards Nigerian music. Growing up, I listened to genres like Fuji, which is from the Yoruba, Jùjú, and Afrobeat, originated by Fela Kuti. Out of everything, I gravitated towards Fela the most. Fela’s songs go on for 40 minutes. Mostly instrumental, but there are unexpected moments where his voice comes in, and it’s just so powerful. He’s known for his political activism, too. There’s a song that inspired the name of the brand, called “Coffins for Head of State.” It’s about political corruption in Nigeria. The government invaded Fela’s house and threw his mother from the roof to her death. He channelled that emotion, that aggression, into such a powerful song.

Read the full interview on www.i-d.vice.com

Shop Select Spring Styles from the Stuart Weitzman 30% Off Sale!